Toronto’s own Pick a Piper have gained a steady following since releasing their debut, a self-titled album filled with heavy, electric rhythms and organic beats. Incorporating a labyrinth of instruments that are alternatively soft and bombastic, members Brad Weber (of Caribou), Angus Fraser, and Dan Roberts (and previous member, Clint Scrivener) are crafting, if we must use labels, electronica-tribal-dreampop music that is not only unique in sound but curious in nature.

Currently on a cross Canada tour with scheduled stops on both the West and East coasts, we caught up with Brad Weber in Toronto for the recent NXNE festival. Here’s what he had to say:

Laura Eley: Can you tell me about how Pick a Piper got started?

Brad Weber: In the fall of 2008 I was looking for a new creative outlet, a way to get away from making music entirely solo. I just wanted to start something new, and was sort of into the idea of making something more dance music-y. The idea at first was, there were four of us, me and Clint Scrivener, Angus Fraser, and Dan Roberts, we decided to make dance music with lots of acoustic drums and percussion, and other acoustic instruments. I like blending the worlds and leaving it up to the interpretation of the listener.

LE: Do you intentionally try to put earthy and organic sounds into your music?

BW: Yeah, I love organic music, I listen to a lot of Afrobeat and African music. I listen to old Colombian and I got really into Turkish Pysch a couple years ago. 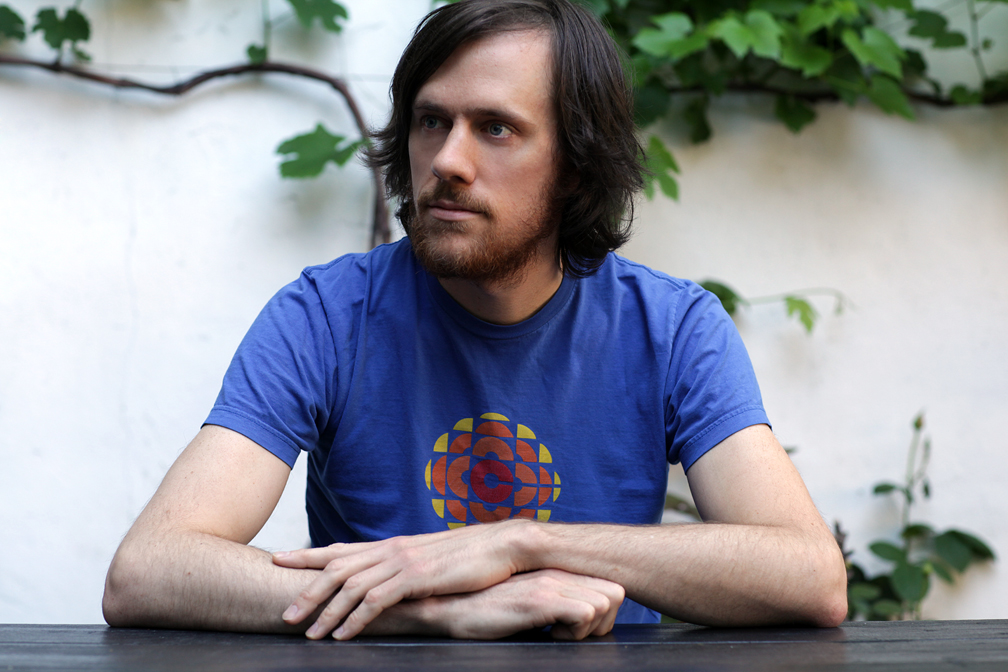 LE: You guys were all part of different musical ventures before coming together. Is it difficult to make music together that feels fresh for everyone?

BW: I guess there’s some complementing skills in there. Now we’re a three piece, because our friend Clint left to become a dad. So, a shout out to him. Angus comes from a bit more of a pop rock background, I played drums in a band with him like ten years ago – he was just writing a lot of, like I guess back then, Smashing Pumpkins-y kind of stuff, which evolved for him, and Dan is just good at making crazy awesome sounds and really interesting melodies. The process that often happens is I’m starting out with a drum loop of some kind and maybe I’ll throw a bass line or another melody on, and they’ll come in sometimes together or sometimes one by one – like not every song features everyone, it’s just sort of the way it works out. I don’t think I have all the answers myself, and if I make things all myself, it sounds too much like me. I start to hate it after awhile.

LE: As far as playing live, is it a weird transition from making music in a studio or basement and then have to play it live for people?

BW: I guess we just thought to make the live show a bit similar and a bit different from the records. It took us awhile to find our way live. It used to be a bit messier, there were too many instruments, and we were trying to do too much onstage.

LE: I imagine it’d be especially hard with electronic music.

BW: We actually had more live instruments in the show before, like guitar and bass and all these things. It was like a sound engineer’s worst nightmare. Vocalists could never get through the mix, it was too crazy.

LE: NXNE is kicking off a Canadian tour for Pick a Piper. Are you looking forward to playing anywhere in particular?

BW: There’s a lot of new spots on this. We haven’t been out west before, we’ve been out east to Newfoundland and Nova Scotia and New Brunswick. I’m so psyched to go back to Newfoundland because the shows in St. John’s were incredible. It’s really special energy out there. Out west it’s a big question mark. I know a lot of shows are going to be awesome, but I don’t know what to expect. And, we’re playing the Sled Island Festival in Calgary.

LE: Lastly, because you guys are so into organic and universal sounds, would you ever consider going into space as a tourist?

BW: Probably. If I knew it was safe and stuff.

LE: What if there were no guarantees.

BW: That’s a really tricky question. You’re weightless for literally five minutes, and then you go back down again. It’s not that long to be weightless. Or maybe five minutes is all you need. So, I’ll say yes, but I’d be worried sick the whole time.