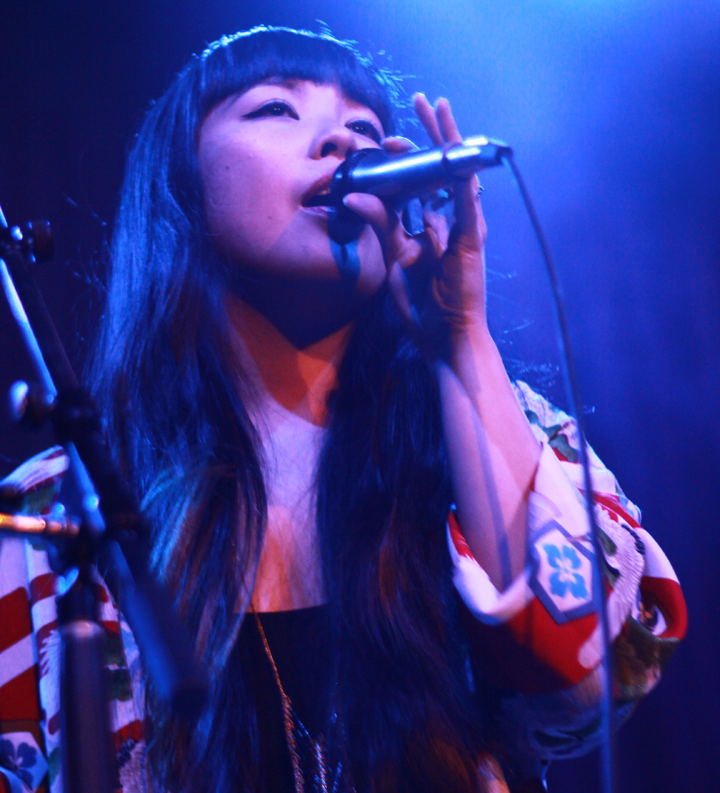 “Vancouver, how are ya’?” calls Adam Nanji, guitarist and vocalist for indie pop quintet The Belle Game. “It’s been a little while.”

In support of their debut full-length album, Ritual Tradition Habit, the Vancouver-based band is playing two sold-out shows with singer-songwriter from the same city, Hannah Georgas, at the beautiful cinema-turned-gig venue, the Rio Theatre.

Hypnotic and playful, Ritual Tradition Habit is a 12-track tour of confessions and exaltations and of layered and heavily percussive art rock vibes. It’s a finely crafted album produced by John Raham and released by Canadian record label, Boompa.

Flawless and fashionable, The Belle Game is measured without being tame. Frontwoman, Andrea Lo, is striking in a long, loose shawl, her voice soulful and equally as strong in a slow lament as in a full-rock tune. The male counterparts of the band dance and slink across the back half of the stage in swish waistcoats and jackets.

Paying homage to their signature percussive emphasis, the band closes with an extended, crowd-rousing rendition of their recent single Wait Up For You. Nanji beams, “It’s nice to be home.”