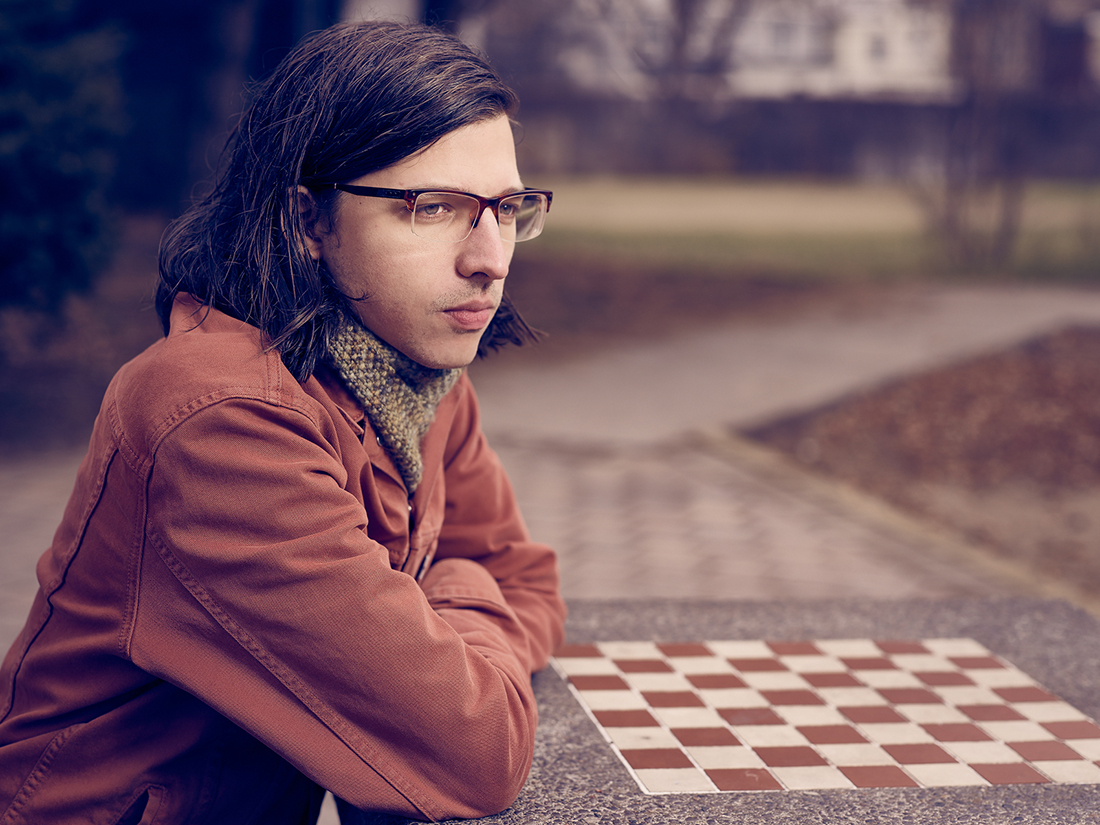 Adrian Underhill is an intelligent and soft-spoken Toronto-based indie artist. Over the last year or so, Underhill has been quietly working on a new release since 2014’s Gone For Too Long. In anticipation of his upcoming first full-length album, we caught up with Underhill for a chat.

Susan Shelton: How long have you been expressing yourself through music?

Adrian Underhill: For a long time. I grew up playing music at home with my family and as a teenager, I switched [instruments]. I grew up playing cello for about 10 years and then I thought that guitar would be cooler, so I learned how to play guitar when I was a teenager. Now I’m trying to figure out how to play keyboards. I’m about the last person in my family to learn how to play piano — everyone else already does. My mom is a piano teacher and my dad plays piano, my sister [plays]. I’m late to the party, but I’m finding my own way.

SS: On your own tracks, do you mostly do just vocals?

AU: On the little EP that came out about a year ago, as well as another EP that I did a couple years before that, I played mostly everything. But as I make plans to go into the studio early [next] year, I’m going to be using lots of other talented musicians to augment things. But I definitely have my hands on keyboards and guitars and basses.

SS: Is there a reason you pursued a solo career instead of working with a band?

AU: Not particularly. When I started my solo project in 2012 in Montreal, I was playing in some bands with people too, and grew up playing in a band for a number of years in Vancouver (where I’m from). But at the time, it just kind of seemed like I had an idea of something I wanted to do in addition to playing with people. It made sense at the time and I’ve gotten slowly more and more used to it. Although, it can be strange sometimes to be the only person at the helm.

SS: Do you feel like lyrics are your best mode of self-expression?

AU: That’s a good question. I think often it’s easier to find music that expresses an idea or gives a feeling. Words can be kind of finicky and sometimes you have one misplaced word that sets the whole thing out of balance. For me, they’re more elusive. I mean, they’re probably a more direct way of communicating, but just different than music.

SS: Where does the blues influence in your music come from?

AU: It comes from a lot of different places. I mean, it’s sort of something that’s in all music to some extent, all pop music for sure. I’m kind of interested in pop music in a broad sense, and that’s definitely something that I’m borrowing from a long line of great writers who have created that style. I don’t know, I think it comes just from things that I’m listening to and things that are evocative, and in trying to find a sound that feels good, that will make other people feel good. That’s part of what motivates me to make music — to create something that will maybe put people at ease. There are all kinds of different effects music has on people, but I feel that people need music that will make them feel good. 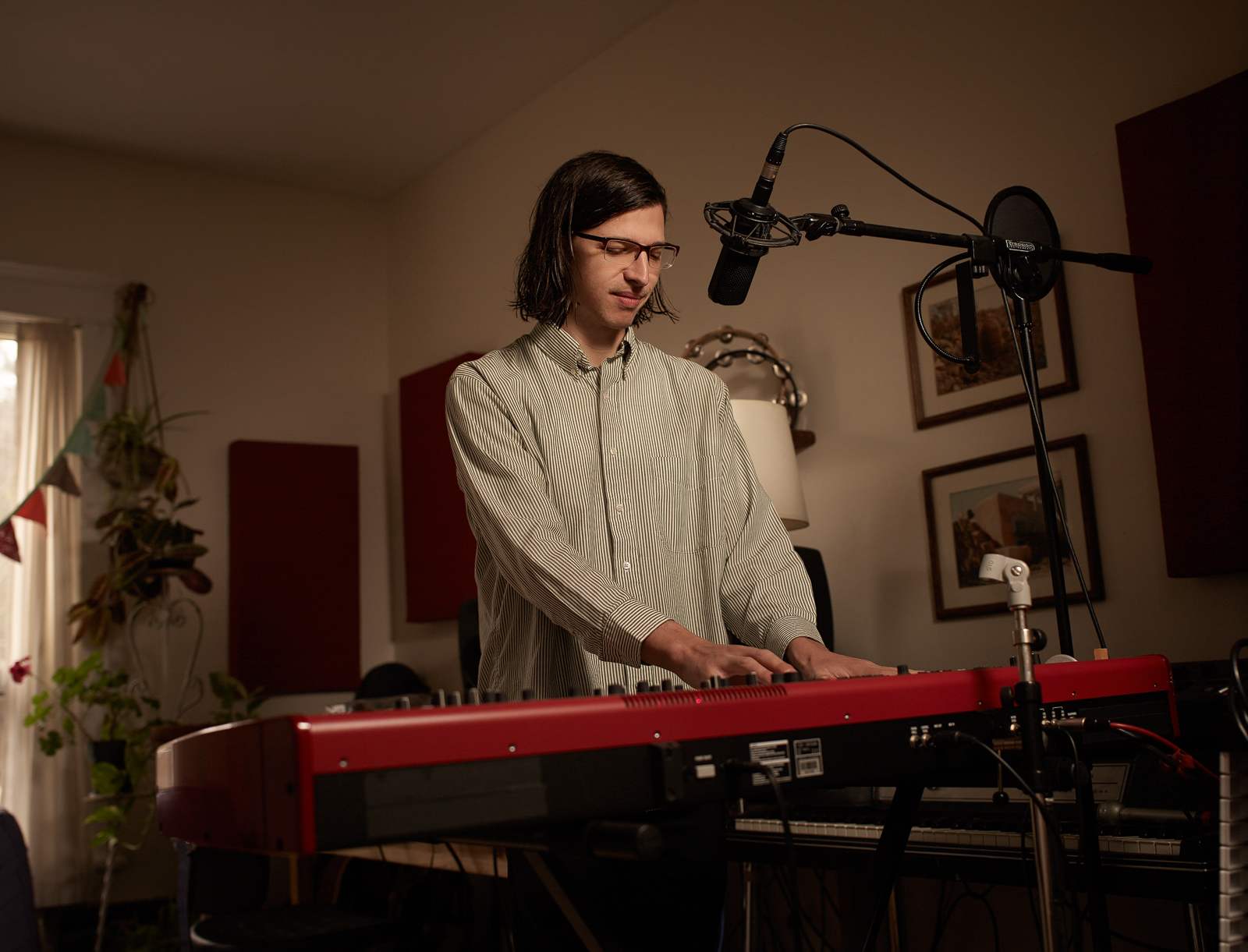 SS: Would you say you enjoy listening to pop as a genre as much as you enjoy making it?

AU: Yeah, I’ve listened to a lot of pop music over the past three, four years. I listen to a lot of soul music, like mostly 60s soul, Northern soul, Motown, stacks, that sort of stuff. I kind of went way down that hole. Definitely listening to alternative music, too, and weirder but poppy things like The Dirty Projectors, or Blood Orange, or Sean Nicholas Savage or Of Montreal or Twin Sister . . . things that live in that sort of realm where melody is still really important.

SS: Do you ever collaborate with other musicians?

AU: No, I haven’t done any straight-up collab things. I’ve done the odd co-writes with people just as fun experiments, and I mean, I’m really excited about working with some other musicians and producers on my record and bringing people in in a way where “let’s all throw things in a pot” and see what works.

SS: What’s your favorite show that you’ve played so far?

AU: I played a really nice show during Canadian Music Week this year at Burdock in Toronto, which is the music venue that I work at, actually. It was the first time I’ve played there and we did a nice little label showcase. It was the first time I’ve played with a quartet and another keyboard player, so there were two of us playing keyboard with a bass player and a drummer. It was just a really fun gig that had some special moments to it.

SS: What’s your big plan — where do you hope to see yourself in three years?

AU: At the end of January, I’m going to go into the studio, probably for about a month and put together my first record — my first full-length. I’ve spent about a year and a half working on writing for that and there’s going to be a lot of lead-up to it, and then finally, it’s going to happen. That’s really the big focus right now. Work on the music. Make it sound as great as possible. And then work on plans for releasing it mid-next year. It’s kind of like once the music’s right, everything else will follow.

I have no idea where I’ll be in three years. This is like a big experiment to me. It seems like there are so many unknowns. All I can really do is be thankful that I have the chance to make this record. I feel really lucky and have fun doing it. I’ll see what happens next. 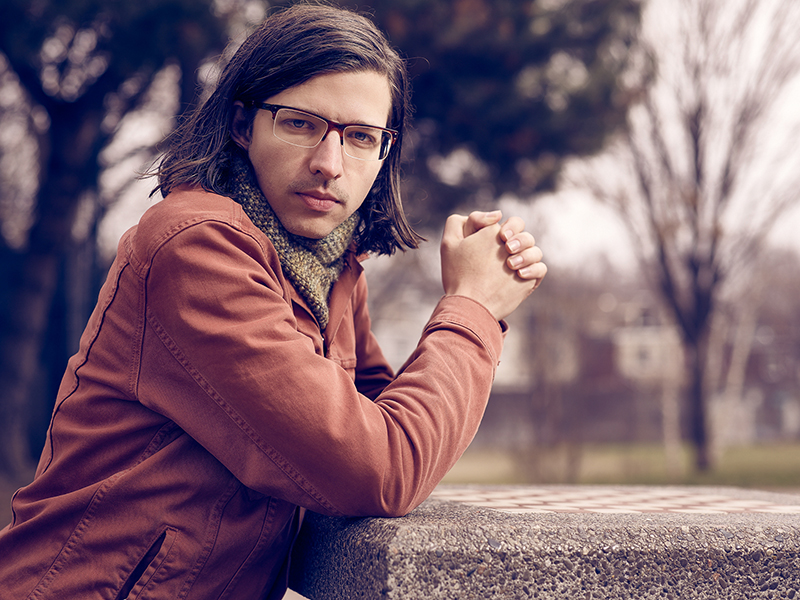