That subtle nature simmers through his set, a minimalist’s playdance. Bonobo has made comparisons often, in interviews, between the European and American aesthetic, as can be seen through UK house and garage and the ableton-fuelled phenomenon of EDM. The set he DJ’d in Vancouver last Friday at Celebrities suggests the hypnotic tempo and steady beats of that English electronica generally reserved and associated with 3 a.m. after hours parties in North America rather than the go-to cache of guaranteed club bangers. 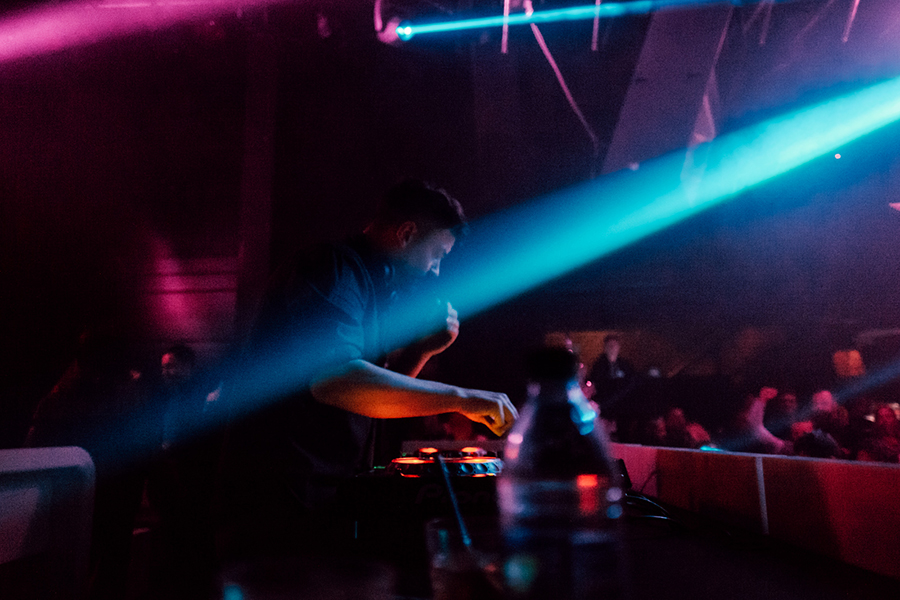 To no surprise Bonobo drew out the expats and working holiday young’uns to the club, where everyone sounded just a bit British or perhaps Irish, to the undiscerning Canadian ear. For a local pipsqueak DJ in Vancouver who plays at weddings and some clubs on the strip, this would not be the night to play British-ish, or perhaps it was the ideal night. It was a sold-out show, and this speaks to the healthy career of Bonobo. A pioneer of downtempo in the early aughts, Bonobo has continued to evolve and sharpen his sound, to become lumped, in recent years, under the same colloquial breath as Mount Kimbie, Four Tet or even George Fitzgerald.

As an ambient artist, Bonobo is very accessible. Digging deeper, for those who are already fans of the dynamic combo of world and electronic sounds demonstrated by ODESZA, a similar gentle experimentation of “exotic” sounds permeate Bonobo’s works. For those that enjoy a dance floor with the rhythms of UK garage, attending a Bonobo show is not a bad idea. These were several of the instinctive sounds he’d return to in the atmospheric rises and lows to his set.

Captivating and complex, Bonobo played a set lit well into the night.