While visiting Montreal, I had the opportunity to see the synth-pop band Sorry Girls play an EP pre-release show. The duo (consisting of vocalist Heather Kirkpatrick and producer Dylan Obront) have been generating their fair share of buzz, with the Globe and Mail giving their song “This Game” a shout-out this past September.

I spoke to them about their EP, Awesome Secrets, to find out exactly what secrets they’ve been keeping.

Alex Ieletzky: Your music feels slightly eerier than other synth bands, and there are a lot of them. Some songs almost remind me of the Twin Peaks soundtrack. Are you doing anything to purposefully set yourselves apart?

Dylan Obront: We don’t feel anything about our sound is intentional, including the “eerie” aspect. We think what might set us apart, if anything, is that we aren’t intentionally striving to fit in anywhere, or to stick to any sort of rigidly defined genre. We just decided to make music together and went from there. The only focus real focus is making music that is most true to ourselves – and we’re pretty eerie people, apparently.

As far as Twin Peaks goes, that show friggen rocks. Badalamenti and Lynch created a world that deeply resonates with our taste and has definitely been part of influencing our work. 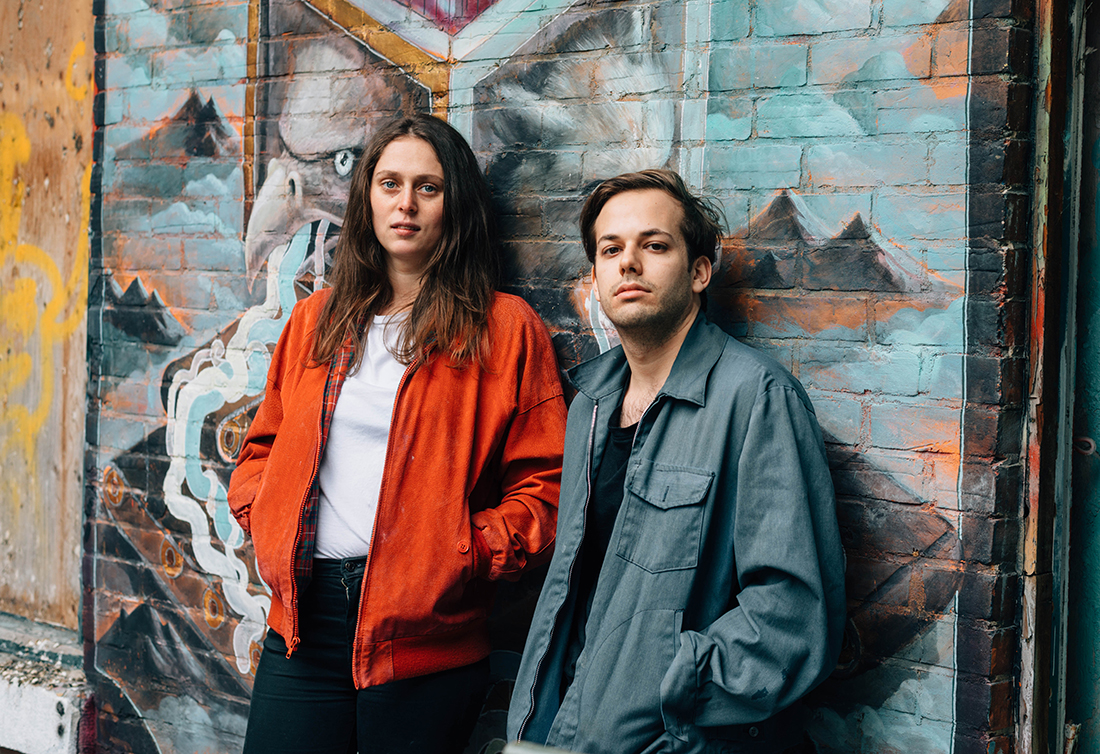 AI: You’ve recently got some buzz and got shouted out on some noteworthy blogs and papers. How’d that come about and how did you feel about it?

Heather Kirkpatrick: We really don’t know – it’s been baffling to us. Feels like absolute blind luck. The folks we’ve contacted ourselves haven’t really come to anything, but then really awesome, supportive people have come out of the woodwork.

AI: Who are some of your influences?

DO: That’s a loaded question. I’ll have to consult my OK Cupid profile, but to name my top ones, I’d say Leonard Cohen, Andrew Lloyd Webber, Burt Bachrach, Belle and Sebastian, Roy Orbison, Joni Mitchell, Blood Orange, Selena, Angel Olsen, Ought, and Paul Simon – that really is a list that could go on endlessly and change minute by minute.

HK: I would say right now it is Angel Olsen – [I] love everything she’s doing, that girl can sing and she motivates me to want to be a better songwriter. As for in general, all-time faves, I love really melodramatic, catchy songs with pretty high emotional intensity. So I’ll say the Righteous Brothers caught my eye when I was really little, and then I got pretty hooked on Motown – still am – and soul is a big one for me, too.

Two songs I love are “Love Changes” and “Just the Way You Are Today”. They’re both on this soul compilation called The Complete Stax – everything on that is heaven to me. I’ll cut it there, but I could go on for a while. 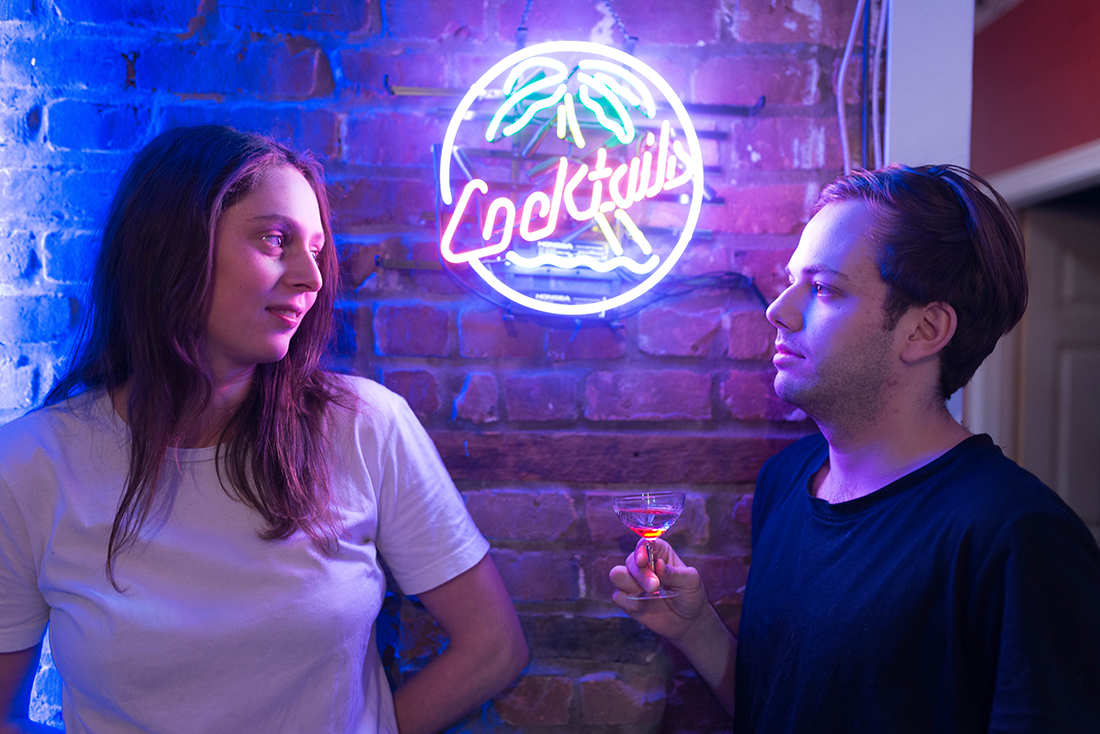 HK: I’ma let Dylan answer this one, ‘cause I like his style.

DO: For this project, it kind of feels like fishing. I find a set of chords on the guitar that I feel I can work with, and they become the calm, boring lake before me – I can’t see what I’m trying to catch, but I can sense there’s at least a fish or two below. Then I begin to play with melodies on my synth, I cast my bait in different directions and wiggle my rod around (if you know what I mean) and wait for a melody to give me that big exciting pull.

Once I’ve found that melody that pulls my rod (if you know what I mean), then everything – drums, bass, etc. – become about the fight to reel it in as quickly as possible to not let it escape, but carefully enough that I preserve its integrity and don’t end up ripping its jaw off or something. Then, when I feel like I have a big, beautiful catch, I put it on ice and give it to Heather. And she’s like the chef preparing the meal for the guests – I don’t mess with her when she’s in the kitchen – and then I sit down at the table and watch the guests savor the fish that I fought to capture but that Heather cooked so very well.

AI: You shot a music video in New York at Coney Island. How was that?

DO: Well, like, we were in Coney Island, and the weather was beautiful, and we were with so many amazing friends, so, like, it was kind of the best time ever.

AI: You also played a show in NYC. How’d that go?

You can listen to Awesome Secrets here and check out the group’s recent GoFundMe page here. 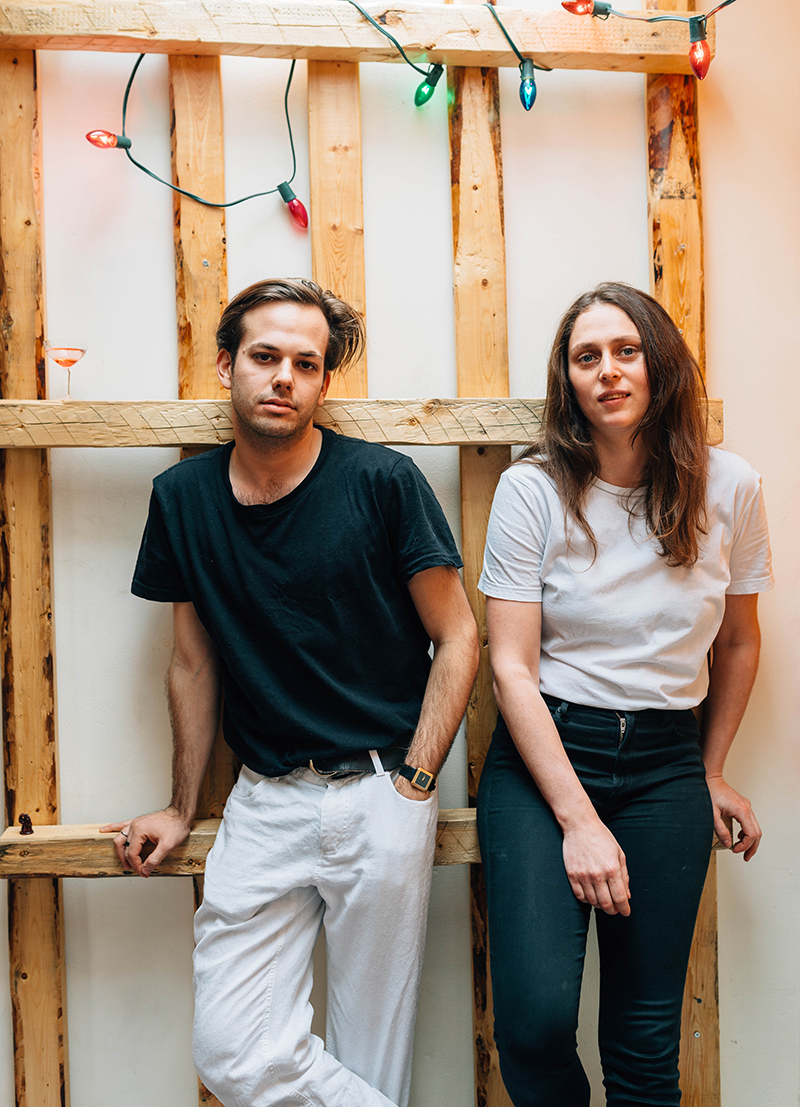