It was an unseasonably chilly Friday night in Toronto, with only a few casual wanderers walking the streets of Queen West. The Horseshoe Tavern was alive with what seemed like their regular crowd – late twenty/thirty something’s enjoying a well earned beer after a hard work’s week.

The crowd matched the venue pretty well: everyone dressed über casually in plaid and layers of knit sweaters topped with messy high-buns, beards, and a variety of hipster glasses frames. The Tavern itself is just as layered, with everything you can think of plastered on the walls behind the bar – layers upon layers of random photography, beer bottles, and foreign currency making up the wallpaper.

Toronto local Petra Glynt was the opening act, sharing her explosive music that borders on performance art. It was evident from listening to Petra’s set that the Horseshoe Tavern wasn’t so bass-friendly; at times you couldn’t understand Petra’s lyrics and all you could hear was the vibration of bass, with a layer of her drone-like chanting beneath. Petra’s sweaty, glittery set was over quickly, and, surprisingly, the performances seemed to be right on schedule. Glass Animals walked on stage at precisely 11:30, to a semi-full Tavern.

The four young Englishman from Oxford were dressed in plain shirts and jeans, and looked barely 18. Singer Dave Bayley started off the night jumping right into “Black Mambo,” one of the more recognizable tracks on their recently released EP, Zaba. Dave’s airy vocals sounded exactly as heard on their album, he is a natural singer with a certain kind of ease on stage, even his grandiose arm flailing looked natural. 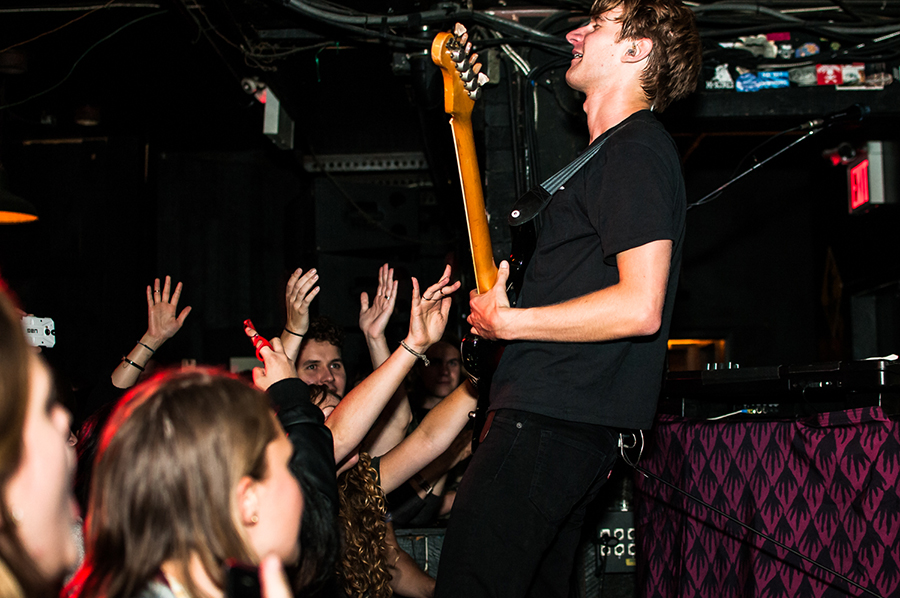 By the time their biggest hit to date “Gooey” was played on stage, the crowd was really warming up and not being so shy with their awkward dance moves. Some hopped on tables to get their wind on, a few couples in the back danced a strange salsa-like routine to Glass Animal’s soothing, sensuous “Gooey” sound.

At times, the sound quality was poor, leaving you wondering what Dave Bayley was singing, but, overall, the band played a perfect rendition of Zaba. After 11 tracks, they called it quits only to march back on stage within seconds of the crowd cheering for an encore. The encore consisted of their amazing cover of Kanye West’s “Love Lockdown,” which left the crowd swaying and singing along to the popular song’s lyrics. Animals really made the track their own, giving the intense song a beautifully lighter sound. The band decided to end the night with “Pools,” another track from their Zaba EP. The set was short, ending just after an hour.

Glass Animals are an obviously talented quad of young men who have their entire musical career ahead of them. With easy-to-like tracks like “Gooey” and “Black Mambo,” which can best be classified as psychedelic indie R&B, they have a sound that can be appreciated by almost anyone. Their performance at the Horseshoe Tavern was too short and left me wanting more; however, that is never a bad thing. I know the next time they’re in Toronto the crowd that attended on Friday will make sure to return and get another full fix of the Glass Animals, and, by the time that happens, they’ll likely be heard on every mainstream radio station. With a strong sound and an amazingly talented vocalist, the Glass Animals are destined to become renowned worldwide, and it surely won’t take long to be loved by the masses. 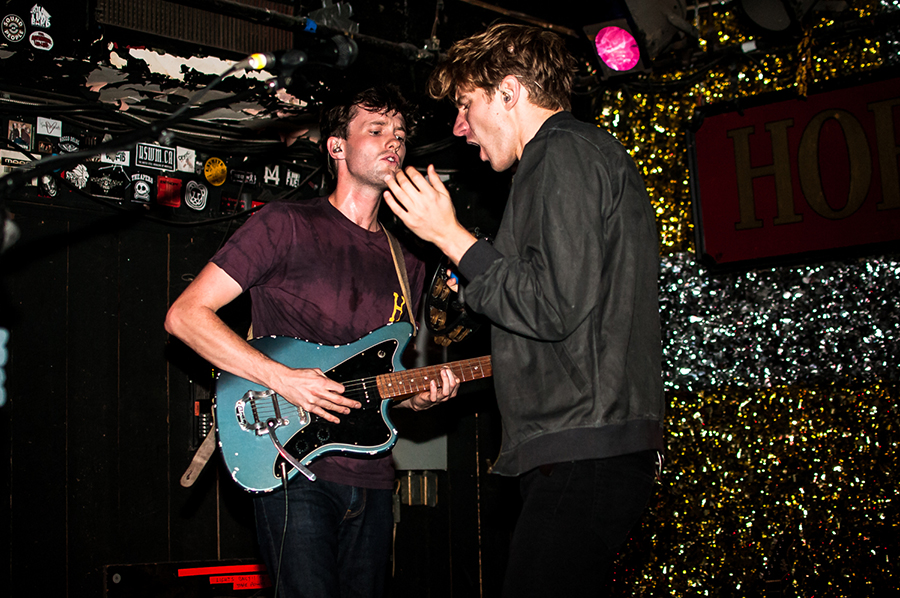