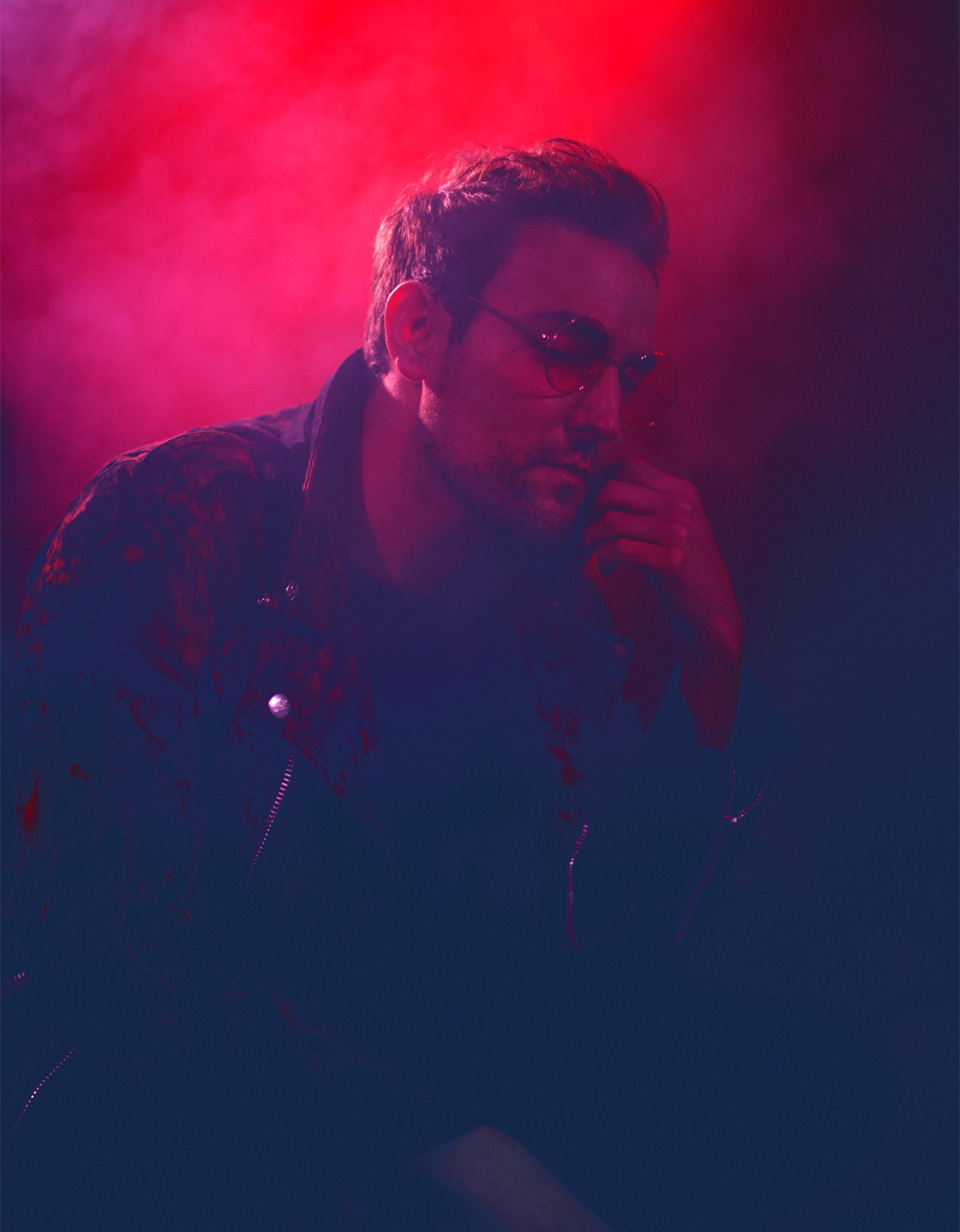 “There is a point in which I just decide to surrender; that I am not in control of the experience and the experience is going to be what it is and I can just enjoy the ride, or not. I’m going to enjoy it,” says singer-songwriter morgxn, as we introduce ourselves to one another. morgxn is a true artist – an instrumentalist, who writes meaningful lyrics, sings with an impressive voice, and has an equally impressive vocal range. The Nashville native has just finished performing at his first Lollapalooza in Chicago and despite the sweltering heat, morgxn is comfortably sporting a red, long-sleeved jacket. The press area is chaotic, yet as morgxn and I begin our interview, a calm seems to sweep over the bench we shared in the shade. Though he is soft-spoken and relaxed, he is eager to chat about his debut album, vital, and the path that led him to the incredible year he is having.

JN: You performed at your first Lollapalooza, tell me how that felt…

morgxn: Being on stage was emotional because [my fans] were singing all the words to [the songs]. I wrote these records in rooms no bigger than this bench we’re sitting on and I wrote them out of necessity. To be able to share it with people and have them sing the words, it means so much to me.

JN: When did you decide to pursue a music career?

morgxn: That’s a great question. I’ve recently thought about it because I’ve had some people ask me, “How did you get started in music?” and I think you have to put in work for anything. For me, music was an outlet that I went to so that I could express myself. I didn’t think I was going to share it at-first because it was really something that I was just doing to process my life.

JN: Why do you think people connect with you so much?

morgxn: I think what people connect to is the same struggle with identity and loving yourself and loving each other when you’re programmed not to love each other. I think that message is from parts of the world that I’ve never been to and that is the most beautiful thing ever.

JN: vital is your first album, so I know it’s special for that reason alone, but what else makes it so special to you?

morgxn: I’ve written thousands of songs, but this record came together at a time in my life when I was growing into being and losing my father. In a way, the record wrote itself; I just kept showing up to it – I never sat down and went “I’m going to make a record” – that’s not how I create. I create out of necessity.

JN: You grew up in the capital of country music, what were some of the challenges you faced early in your music career?

morgxn: I think there was a combination of people looking at me and not knowing what they were going to do with me that wasn’t in a country [music] space. It was never in my soul to write county music, but it was also a combination of me not knowing who I was. I didn’t know what my voice was, what I wanted to say, and how I wanted to say it. Nashville was so closed off to me and it hurt, but in a way, that closed door led me to LA which was such a new beginning! That was everything I needed because I needed that space to find myself and the music.

JN: Being a part of the LGBT community yet growing up in the conservative south presented challenges outside of your music. How have those experiences shaped you?

morgxn: This [career] has been such a personal journey to me. Growing up in Nashville, I always felt like I was never going to fit in, and as a child, it hurt me that I was never going to fit in. My life right now is so much about, “I don’t fit in and I’m so happy that I don’t fit in,” because I can create my home, my niche. I celebrate that I’m not what I am expected to be as a man…as a southern man…as a queer man. There are all these expectations that I grew up with in the south like, “What it means to be a man,” and I am none of that.

JN: You’re touring with DREAMERS this fall; what are you most looking forward to during your tour?

morgxn: Creating this record has been such a journey for me and it feels like heaven when people are connecting with the music. I’ve played to rooms of nobody…I know what that’s like, so to be in a room with a bunch of people who are singing along and dancing – I feel like I’ve been singing to them this entire time, and we just haven’t met yet. I am really looking forward to singing these songs in front of my fans.

All images are courtesy of the artist