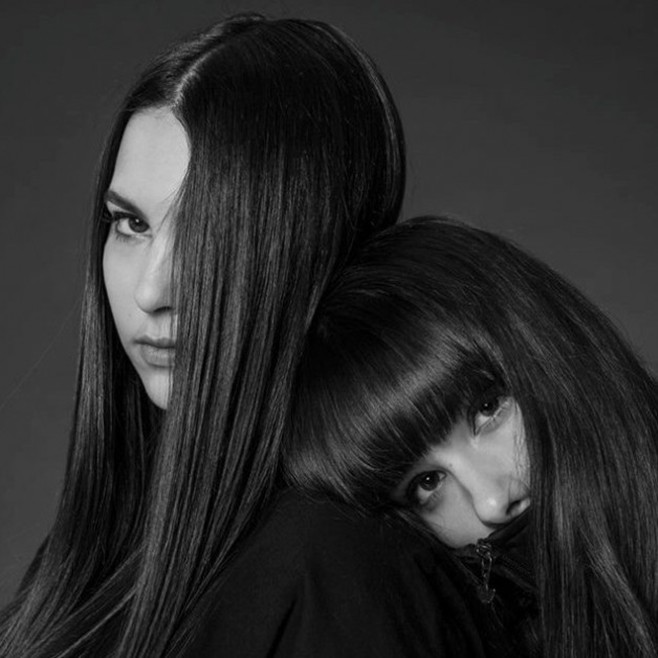 Montreal’s Milk & Bone returned to Toronto this week for a solo tour — and this time, the house was packed wall to wall for a sold-out show.

Laurence Lafond-Beaulne and Camille Poliquin have a rather charming presence, but we already knew that, having spent a bit of time with the duo during NXNE. As soon as Lafond-Beaulne and Poliquin took the stage, discussion of their cuteness ensued in the crowd. Their music, however, is not of the cotton-candy-cute kind.

Milk & Bone’s sounds are stories of heartbreak and strange recovery (“Coconut Water”). Their debut album Little Mourning is mostly built around acoustic simplicity based on melodic keyboards with an occasional synth punch. Their voices are in perfect sync and complement each other in harmony.

Lafond-Beaulne and Poliquin played out the songs from Little Mourning and a “very small song” that they only play live, a short track with minimal strings that will remain unnamed. Early tracks like “Pressure” were clearly a big hit with the Toronto crowd.

The show was a subtle success (not quite the music to have a wild party to) and the girls are cruising through the music industry smilingly behind the scenes. Their collaborations are all carefully selected (Jason Bajada, Les Soeurs Boulay, Terrell Morris, and more recently Chilly Gonzales), their shows are gentle performances, and it only makes sense that the duo will take their time perfecting the next release. But we’re cool with that — we’ll be over here waiting.