Groenland is a band that has sprung from a desire to make electro music interesting. “We wrote a couple of electro songs, which you can still hear on the album, but it just evolved into something completely different. And then we thought, it’s not natural, sitting in front of a computer screen for hours just making beats” said Sabrina Halde, the lead singer, during an interview with Quip.

Those songs found their way out of the computer screen onto their first album with different arrangements; the idea behind making electro fun was to throw string instruments at the music and see what stuck. Halde, whose vocals are impressively ranged from sonorously evocative to demurely affectionate, contributes the ukulele portion of the strings. Her logic for the ukulele, an instrument well loved by those who play it, was initially stark necessity. “I didn’t have my piano,” she says, “and you can take the ukulele anywhere because it’s not heavy.” Groenland’s spirit comes from those two statements. They expanded their sound because it didn’t feel natural to just sit in front of a computer screen, and this expansion brought the warm melodies of a string section.  Their lack of a piano necessitated that the ever cheerful ukulele find its place amidst the imposing pop tunes.

The band solidified in Toronto. After deciding to leave Montreal and take the project seriously, the band members rented a small basement and got to recording music. “The band was already formed before 2011,” Sabrina says, “We moved into a basement that was dark and humid, but not that expensive. That was where we wrote songs for the first time together. In that ‘bunker’ was where we got all the songs done.”

According to the band’s website, The Chase is about acknowledging the risks that need to be taken to do what you truly know is right for your life. The songs are both about romantic relationships and experiences with the world. In most you will find either the inclusive we, or the exclusive and slightly antagonistic, you. “It’s we as a group serving together. Some people relate to what you’re doing and you include them in the group,” Halde says. The title track includes both uses “you may think that you are done with us/but it’s only just begun.” Though Sabrina stated that part of the risk of releasing The Chase was her “decision to pursue music. The whole process having an album is compromise and going with the flow.” Her lyrics are decidedly uncompromising, they are definite instructions. The album is about “going the whole way, trying everything before giving up.”

The Chase sounds vintage. It’s a far step from electro and delves into a more refined smoky lounge. As more stringed instruments are added to the music there is a coalescing of a particular style. Part of the lounge sound comes from the bilingual attitude of the band. Like Marukami writing his words in English and then translating them into Japanese, Halde writes her lyrics down in her second language.

“I write in English, I try to sound like I’m truly bilingual. Improvising with the words. I fiddle around and eventually it makes sense. I ask my Anglophone friends to see if it makes sense to them as well.”

The Chase captures the universal fight to stay alive, fight to stay in love, so much so that it’s a surprise that English is the second language here, which speaks to the band’s modesty. Groenland is a band with members from Montreal, whose first language is French, who recorded together in Toronto, in their second language, English, while named after Denmark’s constituent country (Greenland).  Instead of inspiring geographic dizziness, they inject the listener with an upbeat melancholia, filled with words that are seductively sweet, all the while calling the listener to action. 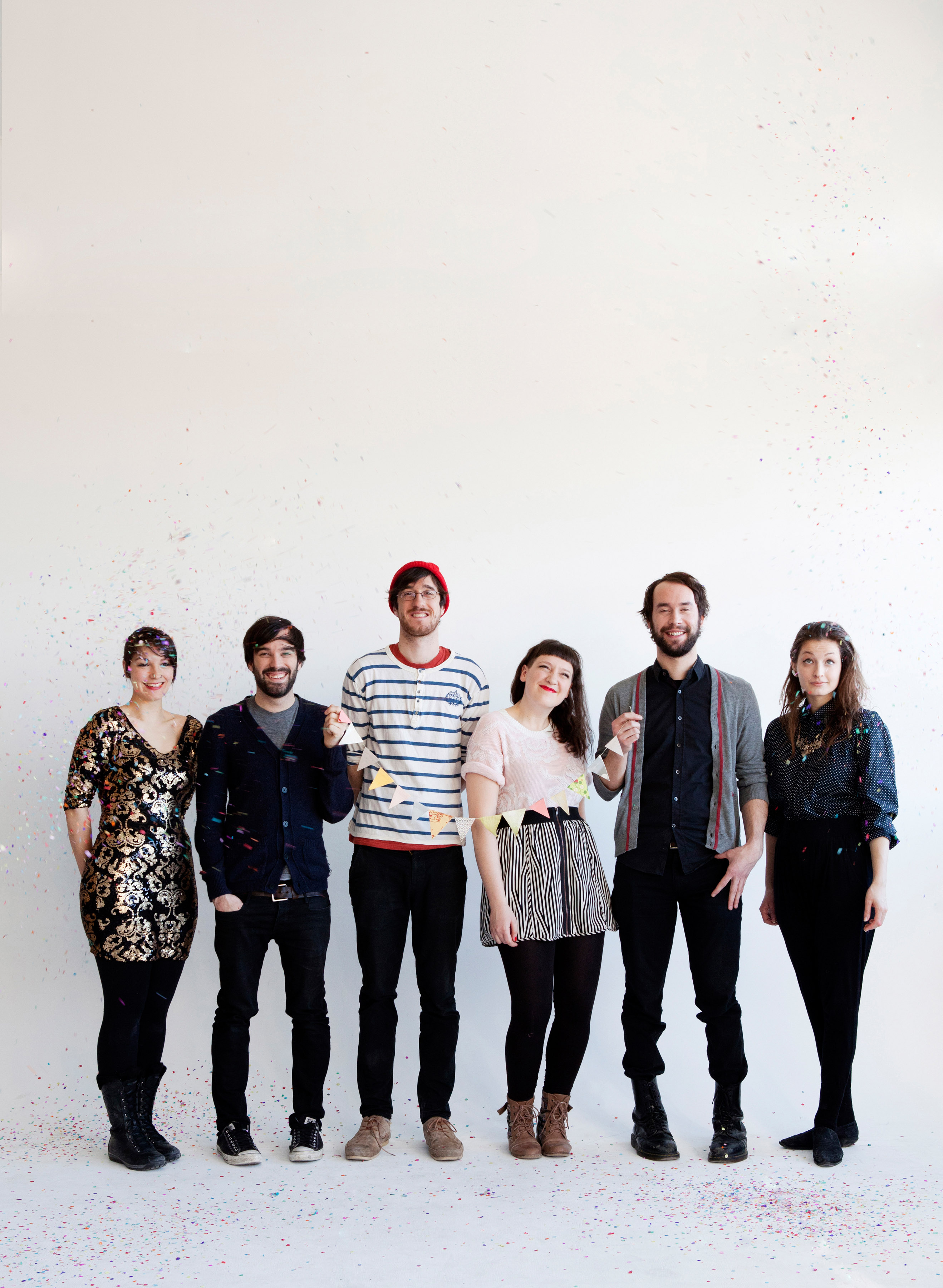