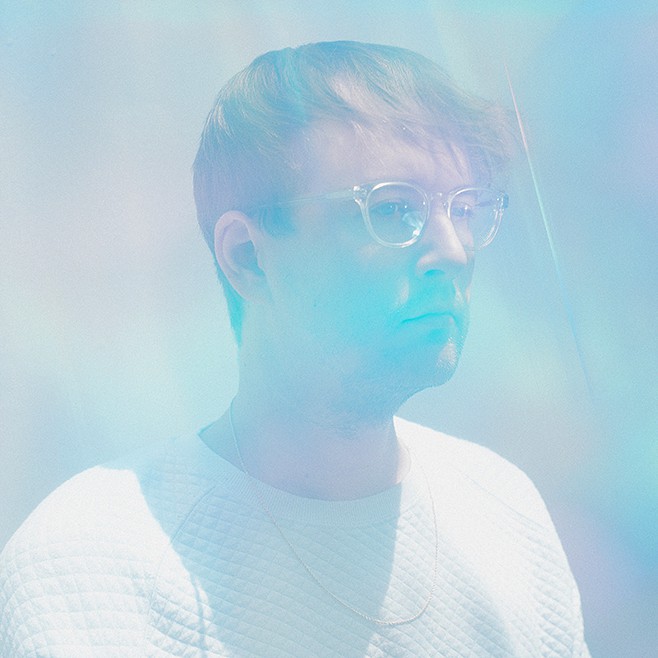 Last Friday, LA’s Travis Stewart (AKA Machinedrum) took over Toronto’s Velvet Underground for a late night of glitchy experimental electronic music. True to his reputation and the label that stands behind him, Machinedrum played an innovative and inviting set.

Stewart is known for his technical ability to blend unexpected sounds across a wide variety of genres into tracks that surprise and amaze all at the same time. His most recent release, Human Energy, is in some ways progressive but lighter, warmer, and features a variety of guests.

While it may have disappointed some of the harsher critics, Human Energy offers unique insight into Stewart’s personal life and is likely to gain mainstream attention.

“The album reflects a period of great change in my life,” Stewart said of Human Energy. “I moved across the country to a new city, I proposed to the girl of my dreams, I moved into a new house, bought a brand new computer, and set off to write a new album.”

But I digress. If you’ve ever seen Machinedrum live, you know he carries and shares a lot of positive energy. Stewart is visibly, genuinely excited while playing music, which makes being a part of his live show somewhat special.

Set in front of a video screen made to look like a home, Machinedrum played out tracks from Human Energy mixed in with some of his older productions. The visual accompaniment was reflective of the album art – light, bright, pink – “come in through my door, peek into my window, dance on my front lawn.”

Stewart’s set started fairly late and took the crowd into last call, but no one complained. There were head bops, nods, and dance moves of all sorts, with eyes permanently aimed at the man on the stage.