Lapalux (born Stuart Howard, UK) is not your average record producer. His music is not something you will typically listen to on a Tuesday morning walking to work. It’s the kind of stuff that takes you on a journey, music made of loose clouds, tropical rain, and shadows. The genre, often ambiguously referred to as “experimental and wonky with off-kilter beats,” generally falls into the ocean of electronic music. Like many artists under the Ninja Tune umbrella, Lapalux gets creative with music, his use of texture and uncommon sounds creates layers of dimensions in the music. Yes, that sounds a little vague, but stay with us.

On November 9th Lapalux released his most recent EP,  ABOVE_BETWEEN_BELOW, which came in a cassette format (and digital on Spotify). Yes ya’ll, a cassette tape, you can be cool now too. Not gonna lie this one was a bit of a surprise, but I digress. The EP is a “journey through life, death, and the afterlife, split into three movements: ABOVE, BETWEEN and BELOW.“ A quick look into the press release will tell us that, “The process of making the record lends itself to the idea of a never-ending cycle and a slowly-developing loop, much akin to the feeling of what it is to be alive, to die, and the afterlife.”

Deep indeed. His last album, Ruinism, picked apart nature of consciousness while the album before that, Lustmore, focused on life and death and included a theatrical performance art-piece, titled “Depart,” that took place in a graveyard. A rather morbid pattern begins to emerge but things are not what they sound like on paper (umm, on the digital screen). Lapalux’s music is more about embracing the mortality and emptiness of it all, it seems; while at times it may be dark and slow it is often melodic and cognizant. 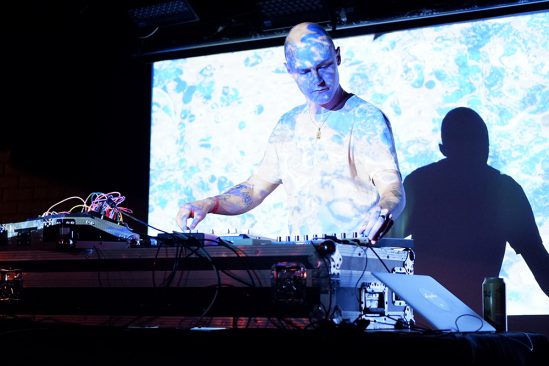 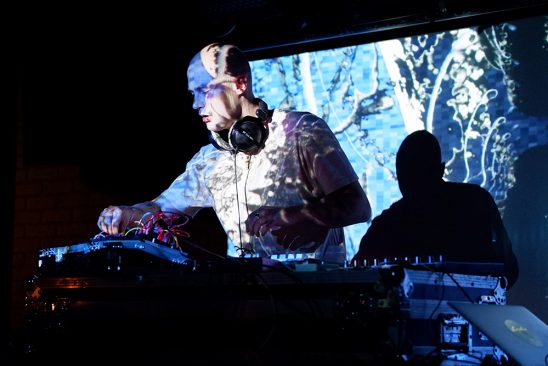 Now that the context is set, let’s enter the live show.

Lapalux uses visuals to build an environment in the room. These visuals, at times shining directly through him, made Stuart one with the art. Weird psychedelic shapes, body morphs, squids swimming in blue sliver, and then there are the things you’d only see through a microscope in a petri dish. If you were high at this show, this would have been a unique trip. “Fuck yeah!!!” someone violently shouts behind me, following it up by a spew of similarly flattering compliments. This small, but involved and energetic crowd was all in. At the end of the night, the show took an inevitable turn into a mini rave, if only for a track or two. After a quick break, Lapalux came out on stage for an encore and shared “some new shit” he is working on, a teaser of what’s to come, leaving the crowd on a high note. 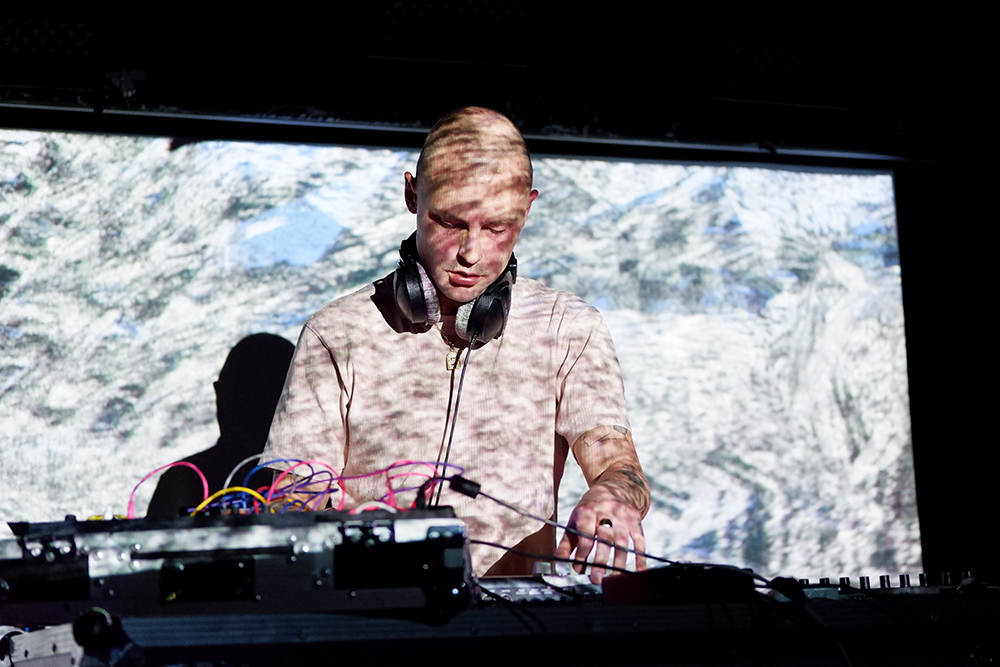 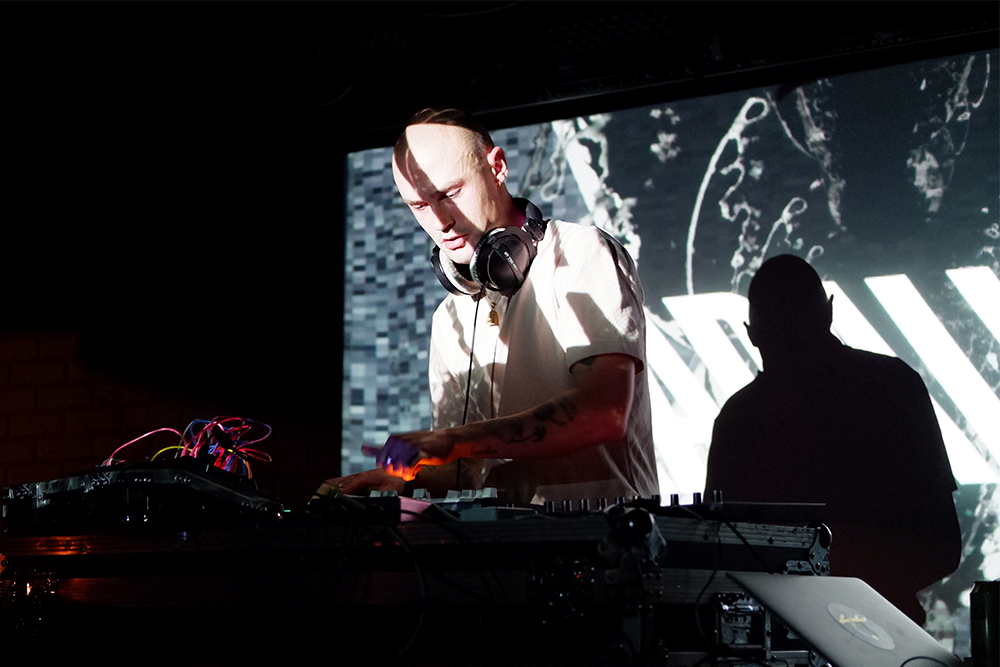