The Garrison hosted an interesting blend of people as the Hamilton born and raised Jessy Lanza graced Toronto with her angelic voice.

The Garrison is small and dingy, with a hint of nachos and weed. As a somewhat lesser known venue in the Toronto’s West end, The Garrison is an interesting choice of venue to host the rising R&B star that Jessy Lanza is. The mix of guests were as equally interesting as the venue choice itself. From first observations early on in the night, the crowd mainly consisted of well dressed females in leather and fur, giddy in their groups of four or five and proud to be supporting local talent. As the night progressed, the show turned into a date night as scene- lovers of all ages littered the venue, swaying entwined to Jessy’s music.

After two hours of Jeremy Greenspan’s DJ set (he counts for one half of Jessy’s musical mix team), the crowd was still thin. The music filled The Garrison with beats influenced by mellow Brazilian and South African house. It’s clear why Jessy and Jeremy teamed up to mix her first album, Pull My Hair Back, their interest in sleek rhythms with a deep throttling base is evidently shared.

Jessy appeared on stage at 10:40 in front of a semi-filled venue, wearing an oversized white t-shirt, a loose skirt, tights and grey keds. Small statured Jessy appears younger than she actually is and more humble than a (soon to be) Europe touring, twenty-something singer. She pulled on a black ball cap over her perfectly waved strawberry blonde locks, switched on her mic, a wash of red light illuminated the stage, and the show began. Starting with the title track, Jessy’s smooth soprano filled the venue, backed with a trip-hop beat. 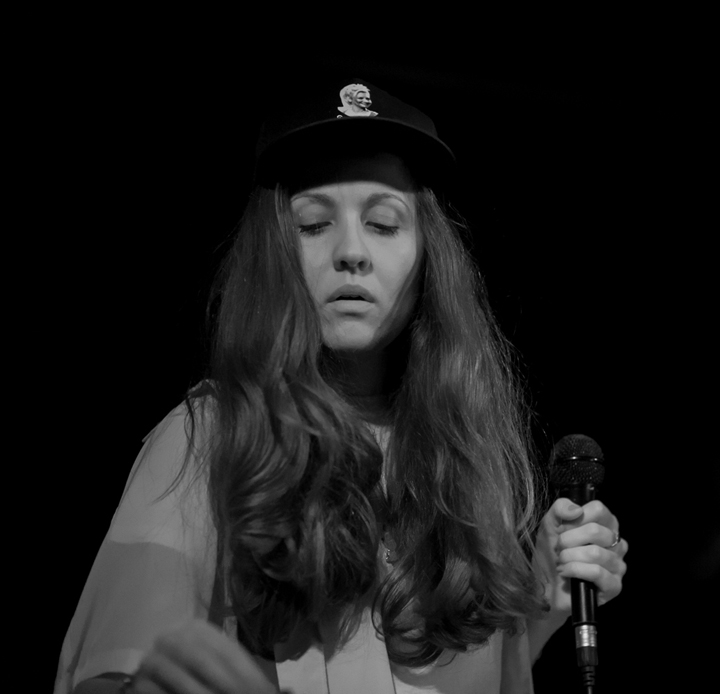 Performing in a shy, almost nervous manner, Jessy barely made eye contact with the crowd, choosing instead to close her eyes and sway her ginger locks in tune with the music. Occasionally fiddling with her laptop, Jessy played a mere six tracks off her debut album and a new untitled one. Reggae influenced and featuring a slightly heavier beat than the tracks on Pull My Hair Back, this new addition may offer a mini sneak peek into her next album adventure.

The crowd’s vibe was different; attendees seemed strangely unaffected by her music. As she sang, guests milled about and conversed loudly by the bar, not at all acting as if she was the main event. It almost felt as if her newfound fame was not yet recognized. Jessy sounded exactly like she does on her record – angelically swimming in robotic rhythm and blues – and delivered a great sounding set, although The Garrison’s sound system is far from top notch.

Before the final song, Jessy let out a quick, nervous speech, claiming she didn’t know what else to say, but that the next song would be her last of the night. This seemed to wake the sleepy Garrison patrons, as the lovers and mainly female fans began to sway more obviously to her music. The crowd seemed pleased, satisfied, and left in a dreamy state.

Jessy’s performance was as good as expected, her voice light, but strong, and her shy mannerisms on stage were completely endearing. Her music is of such high quality and the venue failed to reflect that. As her European tour kicks off later this month, this fledgling electronic R&B artist will likely feel more at ease on stage, delivering even stronger performances that will solidify her fan base and give Hamilton recognition worldwide.