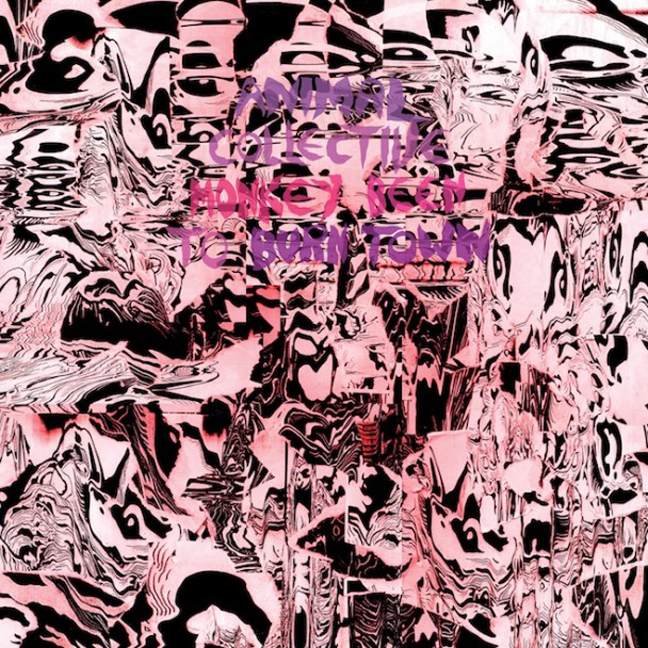 Animal Collective’s remix EP Monkey Been to Burntown dropped on May 28th, featuring three remixes of 2012 album Centipede HZ’s “Monkey Riches,” and one for another of that record’s stand-outs, “New Town Burnout.” The former got three reappraisals from artists Gang Gang Dance, Traxman, and Teengirl Fantasy, while ‘Burnout’ got tuned up by Shabazz Palaces.

In all four cases, the gang of artists took a rhythmically streamlined approach to the music, foregoing AC’s tendency towards chaotic syncopation and arhythmic structures. In other words, it’s totally Animal Collective, but the foot tapping, head bobbing version, unsuitable to a crowd of cross-armed hipsters. Nay, this is an EP worthy of lacing up your finest boogie shoes.

Interestingly, in the case of “Monkey Riches,” the first two remixes play up a seven-note sample, lifted by AC from Mike Oldfield’s Tubular Bells, the album from which Kubrick got the soundtrack for The Shining. On the original, however, it’s an easy to ignore background track, coming in at the crescendo about 2:20 into the song.

Throughout, the EP plays like a codeine rattled fantasia of gangster/house fusion. It’s a score for the electronica kids, and a bigger score for hipsters dying for a record to which they might let slip out the old ironic foxtrot.