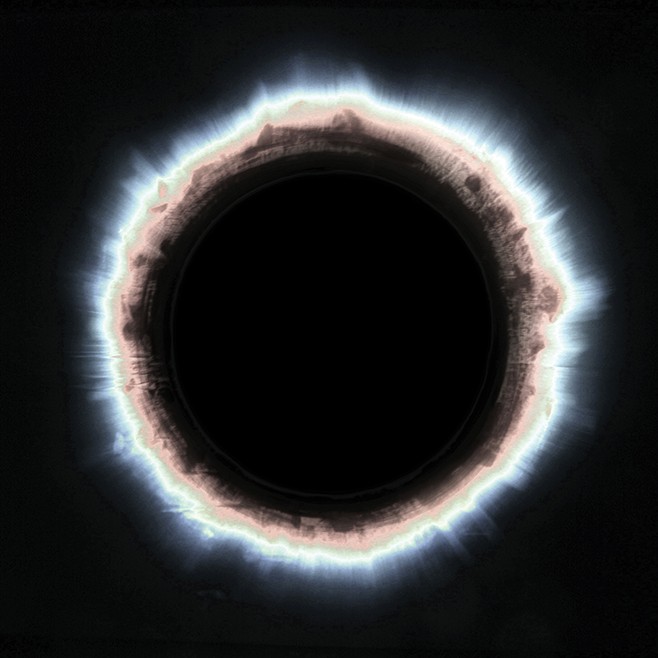 The torch song, a pop-dirge motif that celebrates and embraces the lowest pits of ontology, is alive and screaming for attention throughout Full Circle. It’s an album not composed of eleven tracks, but of eleven isolated cells in some dark and hollow catacomb, under one of those old European cities that probably had a plague at some point. It’s an album of betrayal, fear, greed, heartache, misery, loneliness… pick your despondency, Full Circle has it, Full Circle welcomes it.

Ask any poem written by an adolescent since the dawn of time, there is a satisfaction in the embrace of melodrama. Society tells us from a young age to stiffen our upper lip, to look on the bright side, to ignore, squash, or smother our most honest feelings of depression. We take pills, we go to therapy, we buy pets and dress them in sweaters, all to avoid feeling bleak. HÆLOS says forget all that. Be your inner teenager, alone in your room with the Morrissey poster on the wall and the Sylvia Plath book with the worn-out spine.

The vocal work on Full Circle comes in five variations: mournful drawl, dispassionate yell, desperate moan, spiteful whisper, and moody banshee wail – with both male and female renditions. Lotti Benardout is the lyrical backbone to the group, but the male backup lends depth and timbre to an already broad soundscape. The instrumentation is, surprisingly, fast and in some parts sounds upbeat, almost dance-able. It’s an example of that Postal Service style of high-metabolism sadness. The juxtaposition of longing and jumping works well on this album because it keeps the songs from leaving the world of pop and entering the underworld of eulogy. Had HÆLOS wholly embraced the remorseful lyrical themes and embodied them in the instruments, then instead of being a celebration of melodrama, it’d be an anthem for self-destruction, which isn’t really very much fun.

Though the entire album symbolizes and parallels the expression of a mental or physical breakdown, it can get tiring. It’s hard to maintain the emotional climax HÆLOS insists upon for every single song in Full Circle for the full forty-five minutes of the album. For one or two songs, sure, but for the whole thing? Yikes. That’s not to say a person can’t drown in sadness for upwards of an hour, which everybody is almost too easily capable of doing, but holding that high-pitched scream or maintaining that look of exquisite anguish for more than a few minutes is pushing the limits of human endurance. After a certain point, the overwrought becomes just wrought, and then just background. Full Circle doesn’t quite come full circle, in terms of emotional complexity, but finds a corner and reinforces it so it can stay in for the duration. The album is consistently heavy-handed, without the kind of subtle pause for nuance that would enable the casual listener to make it from beginning to end.

The average human might not be able to hold onto their bleakest moment for long, but HÆLOS isn’t an average band. They aim for the extreme, and that’s a respectable artistic choice that shows maturity and bravery. Full Circle is an album for somebody who looks forward to cloudy days, who isn’t afraid to swim in the deep end of human emotions.

Full Circle is out now on Matador Records. Check back for touring dates and live-show reviews.