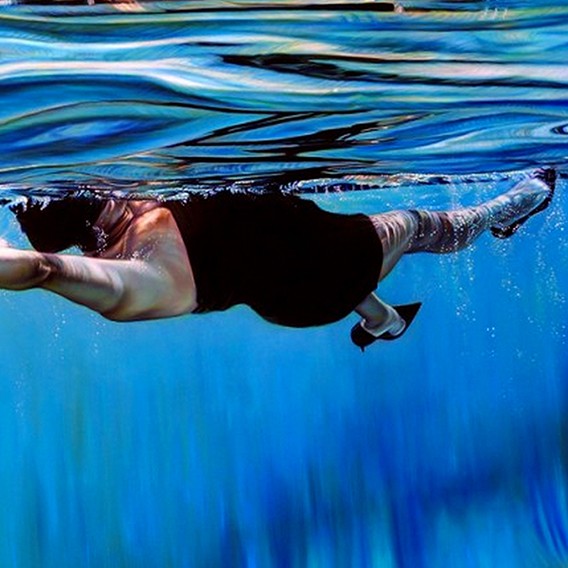 In 1925 Erwin Schrödinger, an Austrian physicist, developed the fundamental equation for describing the behavior of particles at a quantum mechanical level. Though the specifics of the math are as difficult for a music critic to interpret as human emotions are to a calculator, the sum of it is that an electron can, at any time, be with the rest of an atom under the lens of a microscope, or perhaps over there by the books, or maybe floating around Saturn, or nowhere at all. It’s a complex and opaque equation, though rewarding when you learn to understand it (or at least think you do). Lee Bannon’s Pattern of Excel is the musical equivalent of particle physics: you don’t know what exactly it’s doing, but you know it’s doing something, and you’re glad for it.

Pattern of Excel is a relieving break in the monotony of commercial music – but not a break like a bone does, more like the kind of break a union plumber takes: long and well-deserved. It doesn’t follow the rules of melody and rhythm; there’re sounds coming from all sorts of sources with or without a purpose. On the second track, “Artificial Stasis,” we hear the captured sounds of a photo shoot, presumably of Lee Bannon himself. The intended goal of that found sound and why it’s in the final mix is up for interpretation, but it’s a nice little meta moment – diaristic in a way because it could be seen as a window into the experience of the artist. Pattern of Excel is full of glimpses into the world outside the album’s diegesis. In “Aga” the sound inexplicitly gets quiet for a moment, as if Bannon accidentally hit the wrong knob on the soundboard – which might have been the case – or maybe it was done in the spirit of Dadaism: just because, or more specifically, because purple lobster bucket. Is that joke too obscure? What I mean to say is that Pattern of Excel is weird in a delightful way.

That isn’t to say that it’s an easy listen. If you’re looking for a musical experience that tells a story or evokes concrete emotions, you might prefer a Florence and the Machine album. Although Pattern of Excel falls into traditional rhythms and normal instrumental background sounding stuff on most of the tracks, it isn’t the type of music you can sing along to, maybe not even the kind of stuff you could listen to without headphones. It takes a certain person, in a certain mood, doing a certain thing to enjoy this record. Weird music isn’t for everybody or for every situation.

Much like quantum mechanics, a person can go through their whole life without comprehending it, but once you reach a level of understanding that makes sense to you, it’ll make the world look different. This takes time and study; the first listen of Pattern of Excel probably won’t be a lot of fun. Through repetition, and the drawing of patterns, the tracks change from noise to music, and in this way the listener becomes an avant-garde thinker in their own right. Embrace the strange.

Album’s out now on Ninja Tune.