To suggest that live music is transformative is probably too trite and hippy-dippy for the modern reader. To imply that rock n’ roll might literally heal my soul is just plain overstepping. But fuck it.

Efterklang headlined this Wednesday at Lincoln Hall in Chicago, along with uber-chill, extremely talented opener Nightlands. The latter group lay the groundwork for a trance-ish evening of indie-pop and art rock. Their excellent use of vocal harmony and lead singers on-point performance complimented the four-piece perfectly, backed by drums, Hartley’s guitar, and two synth stations. And if the evening had simply continued as such, that would have been totally fine. 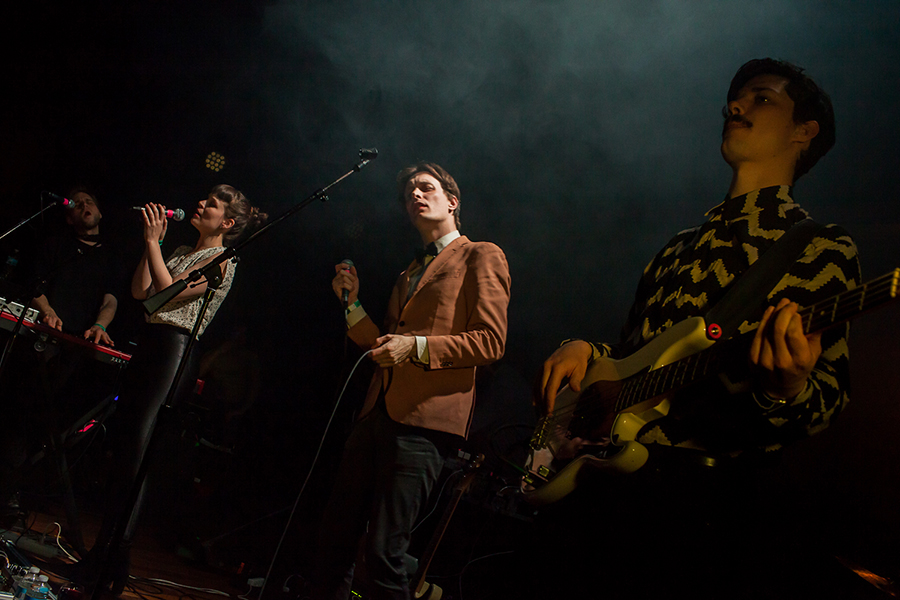 But out comes Efterklang, a group of rakish prototypical hipsters whose first impression might lead a more judgey set to conclude that they’re all style and no substance. And then, amidst a swooning background of drums and sparse starry-eyed electro-synth, Katinka Fogh Vindelev begins to sing. Classically trained for music performance in Denmark (the band’s country of origin, and former operating base, prior to their recent relocation to Berlin), Vindelev delivers stunning operatic vocals, transcending what, in another band’s hands, might run the risk of being gimmicky or pretentious, and instead tying together a jaw-dropping mélange of sonic texture and rapturous stagecraft. If something’s rotten in Denmark, it’s definitely not the music schools. And if there’s such thing as love at first note, Katinka might have a few new suitors in Chicago. 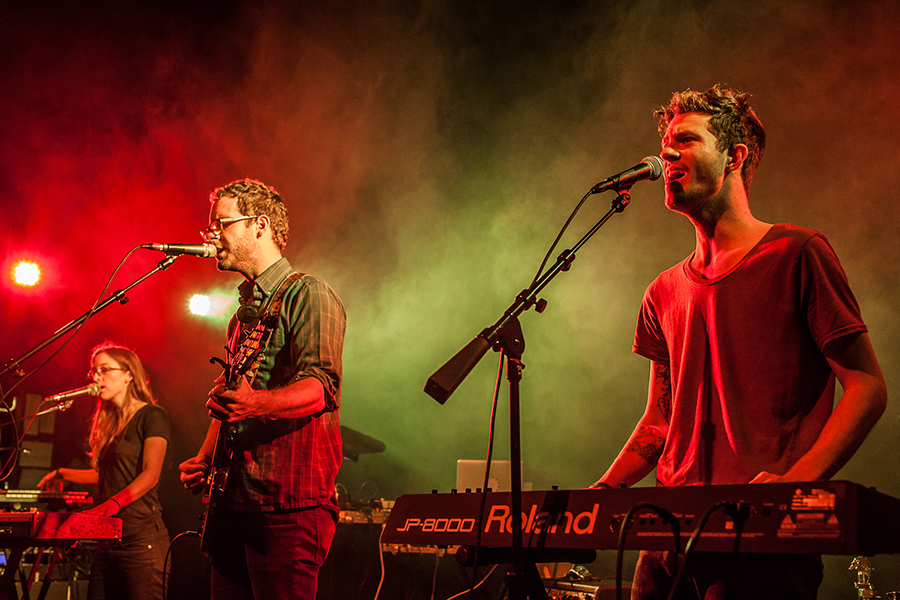 Next onto the stage comes front man Casper Clausen; confident and charming, his stage presence drips with a crooner’s sense of classic showmanship, and his deep vocal delivery gets upstaged only by his striking falsetto. He invokes a sense of gravity from the music that balances well against his cheery disposition between tunes.

Thus helmed, the band goes on to deliver a powerful set featuring mostly tracks from their newest release, Pyramida, a full-length LP deriving its source material from 1000+ field recordings, collected by the band on an island called Spitsbergen, off the northern coast of Norway. The island is home to a defunct Russian mining town, called Pyramiden (hence the album’s title), and inspires the album’s intense engagement with isolation and the human spirit therein. The music itself is trippy and beautiful, while staying accessibly rockin’, and no one’s having more fun with it than the band’s own members, all of which translate into a truly exceptional live show.