This past Tuesday, Lee’s Palace was a host to a Seattle showcase lead by Shabazz Palaces with an opening performance by THEESatisfaction.

Seattle is known for its healthy hip hop culture. This particular genre of hop hop is very lyrical and melodic. It makes you want to dance and bop, especially when looking at Stas and Cat of THEESatisfaction, the female-duo opening act, floating around the stage in a rhythmic dance.

Shabazz Palaces and THEESatisfaction share a couple tracks, so it only makes sense that the ladies would kick off the show. The dance floor quickly filled with people coming out of dark corners and from around the table shadows. All hyped up and ready to go, people nearly screamed to welcome Shabazz Palaces to stage. 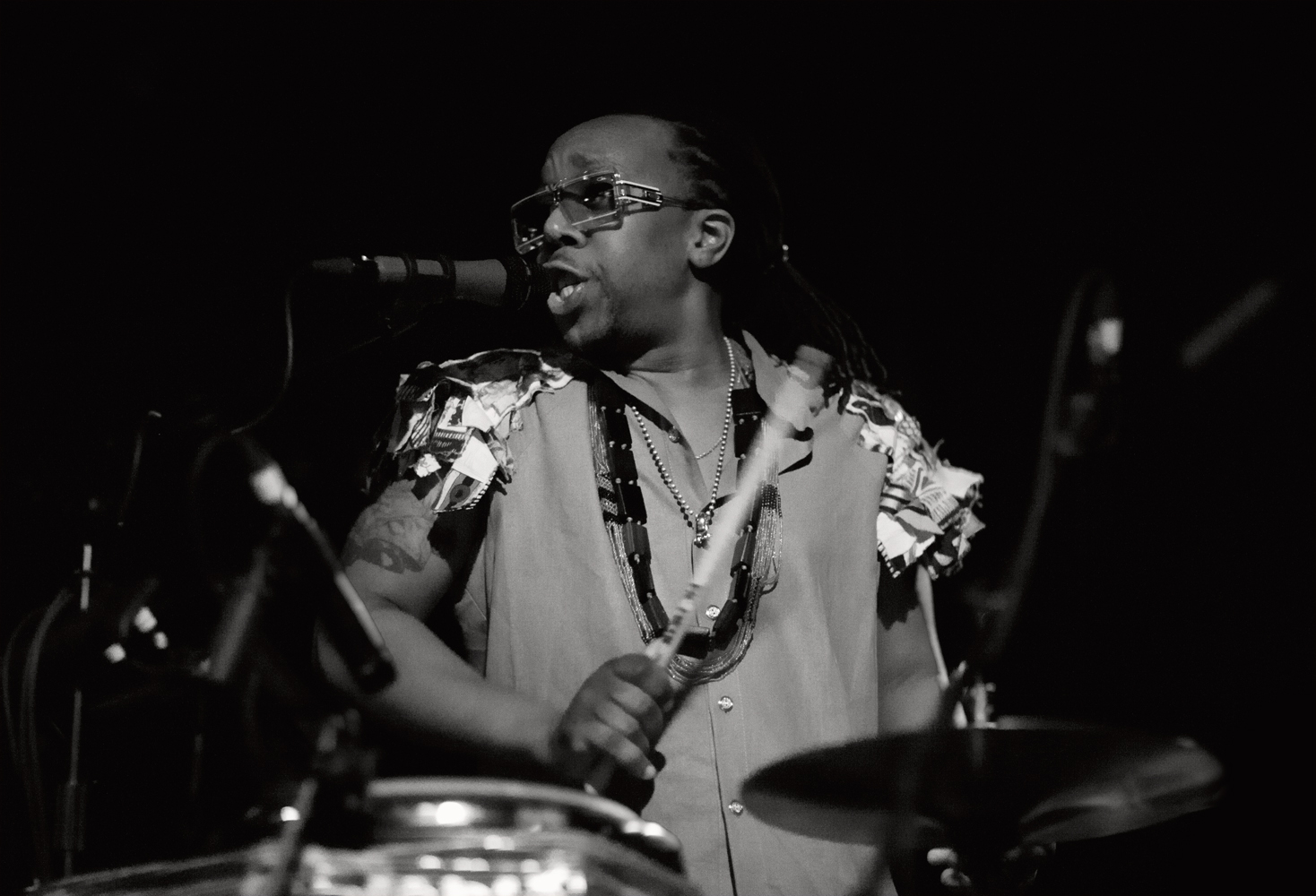 Ishmael Butler and Tendai ‘Baba’ Maraire of Shabazz Palaces have quite a few albums in their treasure chest. The latest one, Black Up, shed the light on their talents in a whole new way. Although it has been a couple years since Black Up was released, the album is still making waves.

The sound is multidimensional, lyrical, and full of surprises of varied musical instruments that Maraire kept pulling out of his bag of tricks combined with Butler’s pronounced verbal talents, all coming together in tracks that are repeatedly recognized by KEPX, Solid Steel, and multiple Seattle publications. And deservingly so.