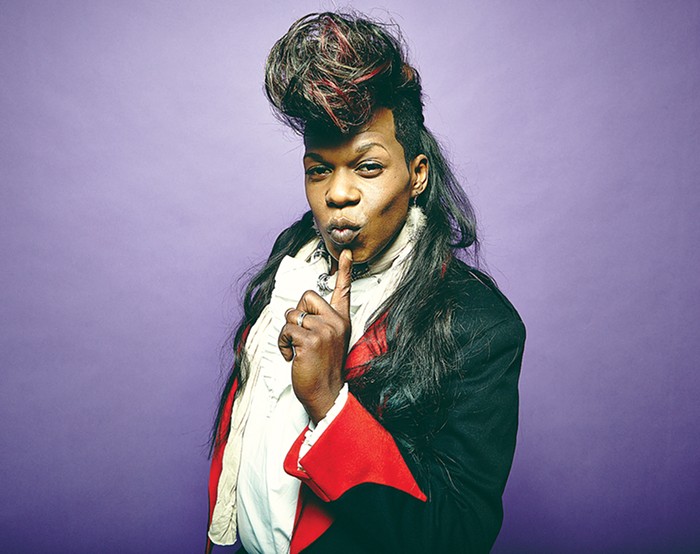 Big Freedia is committed to something bigger than herself. Bounce music – a call and response heavy, dance inducing, mother of twerking genre – has long been in the hands of New Orleans clubs. Now with the release of Big Freedia’s, arguably bounce’s biggest star, first studio album Just Be Free, it’s about to go national. That’s not all the ambassador of bounce is involved in though: Fuse airs a reality show following the Queen Diva around, Freedia is name dropping Beyoncé as fans of her style, and two times last year she attempted to break the world record for most people twerking at one time in New York City and then again in New Orleans.

If there were any questions as to who is bringing bounce and twerking into the mainstream (shout out to Miley Cyrus and Iggy Azalea for their copping the style), Freedia is leaving a personal stamp. In a genre too that has been traditionally sample heavy Freedia stepped into the studio and made it all original.

Big Freedia: You’ve just got to be moving. If you can’t be dancing, listening to it while you’re cleaning your house. Bounce is best when you’re moving or you’re about to get moving. It gets you in the mood to get turnt up.

SH: For the new album you moved away from samples and produced all original music in the studio. Do you see this as pushing the genre forward?

BF: It was definitely a challenge but it was something that I wanted to do. The producers that I worked with on this album were great. I trusted them and they knew what I was trying to accomplish and worked with me to figure it out.

I’m trying to bring bounce to a larger stage and this was just a necessary step.

SH: Your music and your concerts are very female friendly and female protective. You’ve said before that you didn’t want to be like a Rick Ross concert and objectify women but the dance style and some of your lyrics are sexually explicit. How do you maneuver the line between empowering women to be sexually expressive while not objectifying them?

BF: I feel it’s extremely important to just point out that we’re making music for the club not for lying down in a bed. At shows I’m making sure that everything is alright for female dancers, and that they feel safe to dance in whatever way they want.

A lot of people try to sexualize twerking, but it’s just the style of dance that we’ve been doing in New Orleans. I’m using my unique position to make sure that there is a space for women to be heard.

SH: You’ve been a part of Afropunk Festival in Brooklyn and most recently played shows at the Glasslands. What has your experience been like in New York City?

BF: The Glasslands was probably my first show in New York and I’m sad they’re closing. I did a show there a couple weeks ago and I was just happy to be a part of that send off. The crowds in New York City just really get into it and I’m always happy to perform here.

Big Freedia is subversively changing the conversation. Instead of asking how can we make music that fits a narrow description, it’s why do we feel the need to sexualize a woman who is expressing herself. Instead of continuing to criticize the Miley Cyrus show or the Iggy Azalea dance, she’s moving the conversation to how artists like herself can wield the creative power to influence the genre they helped build up.

Bounce music is poised to break out in the way that early hip-hop exploded from the scene. There sample heavy DJ’s with accompanying hype men continued to evolve until they grew into the rapper heavy format of today. Bounce has the sampled music past, the strong front person personalities, and the irresistible urge to shake your y’tootsay.