Dan Deacon was a perfect act to start off the night for the rescheduled Animal Collective show in Toronto. Even with all of the anticipation, scheduling setbacks, and oversized decorations Deacon’s small set immediately took over the Danforth Music Hall by storm.

With two drummers by his side and a taped up speaker behind him Deacon was making music right there in front of your eyes. Though his methods are unconventional, his voice level decisions are unexpected, and the drums were so loud we all may have lost hearing for a little while, the overall set was kind of magical. Accompanied by tricolor strobe lights reflecting on all of the neon tape covered equipment the room was fully immersed into the Dan Deacon experience. Almost everyone was dancing, only stopping to patiently listen to Deacon’s stories. 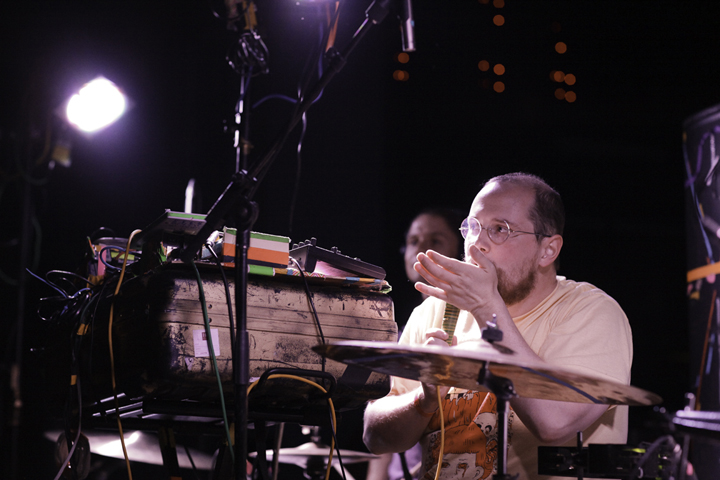 Animal Collective, on the other hand, launched with a slow start, the pace didn’t pick up until the 4th or 5th song giving people time to cool down and just swing in unison with bright lights, watching mini movies on dental decoration. Once the sleepy time was over the energy was slowly coming back together into a psychedelic dance show with bodies occasionally being carried overhead from one side of the hall to the other.

As one of those bands who were at the forefront of the indie wave back when indie was just starting to creep up into popular playlists Animal Collective seems to remain a little bit ahead of the times. The recent album, Centipede Hz, is even further away from pop and an inch above typical indie. The glitchy sounds on the new album are more aggressive, less cohesive, and progressively psychedelic. 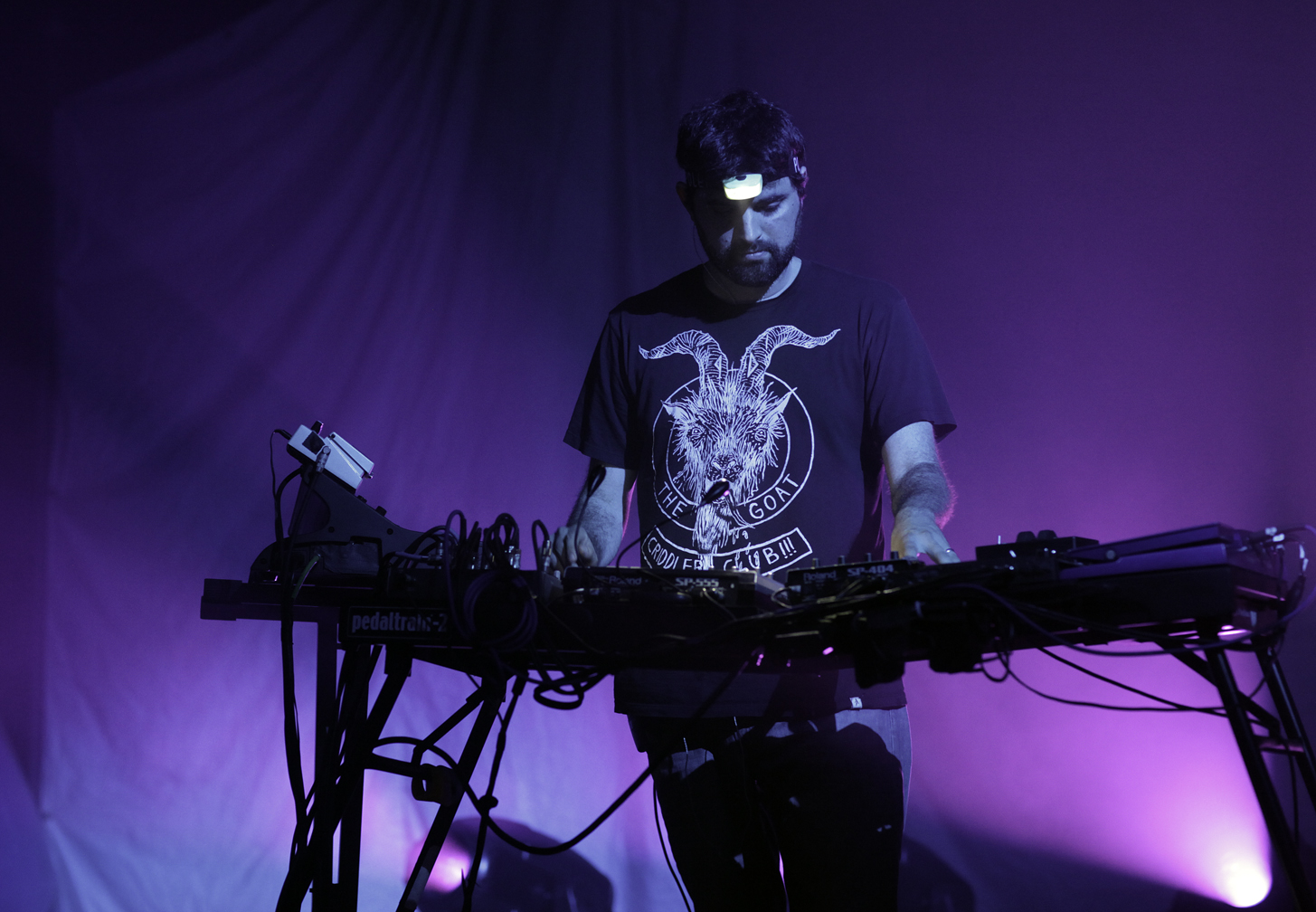 The band’s live shows have been known for experimental play as well and this time was no exception. This time the show was even less conventional, with slow buildups often lasting long enough for the show to start feeling like a late night at MoMA.

The live renditions of songs from Centipede Hz and a couple from Merriweather Post Pavilion were sometimes reworked to the point of unrecognition. Brought to you in perfect unison, as tight as an elastic, you could tell the band has been on this tour for a long while. With the sounds of the last song drifting away the band left the stage and was quickly replaced by theatre workers tearing the set apart.

“Animal, animal, animal” the crowds chanted for a little while quickly realizing that there is no more set for the band to come out and play on. There will be no encore. 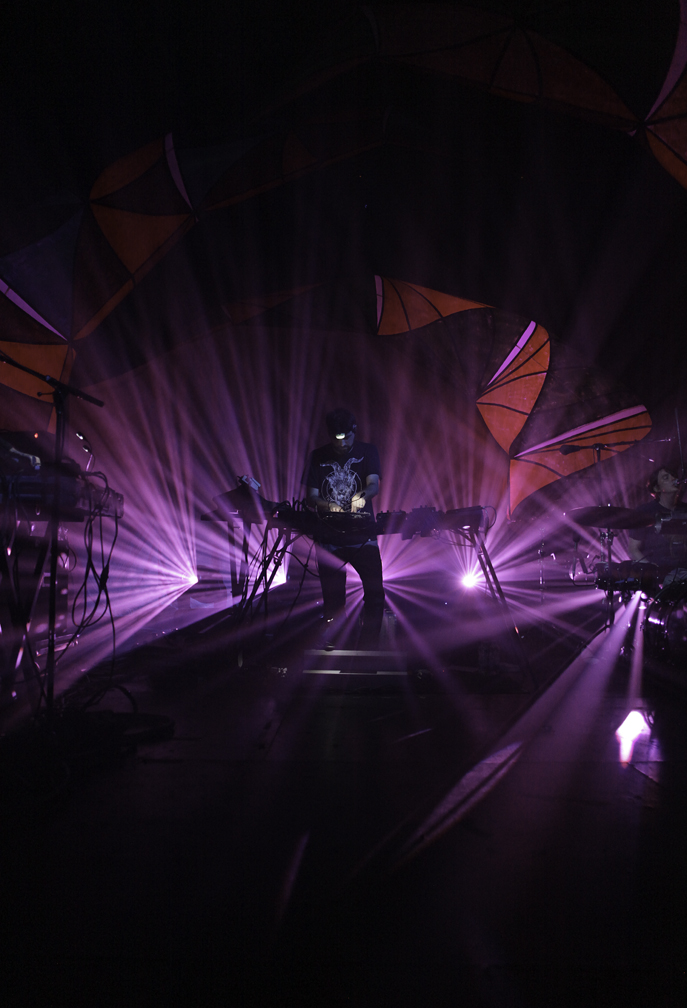