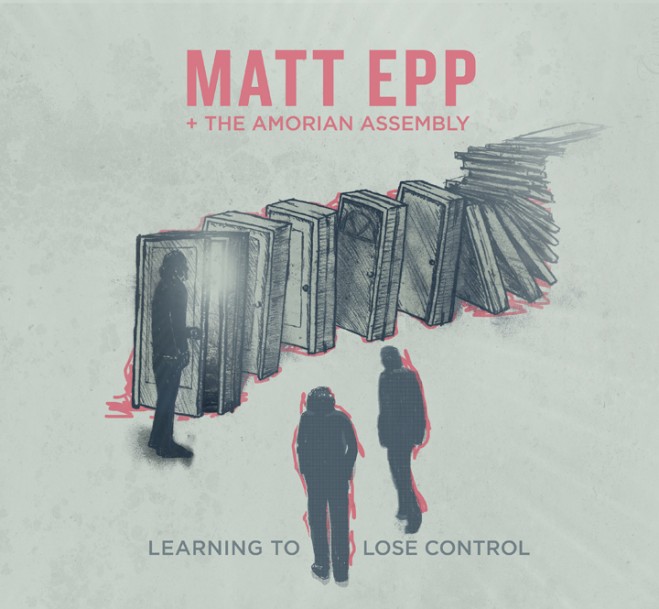 Matt Epp is filled with rustic desolation on his latest album Learning to Lose Control. The hushed acoustics with yearning hearted vocals delve deep into the folk lexicon and pull an album teeming with all the right notes. Epp is a Canadian folk singer from right in the middle of the country, Winnipeg. He is a consistent performer, and has released 7th full albums since starting up in 2005.

Learning to Lose Control is a mix of graveled vocals and seductive back up singers. It opens with “Use Your Head,” a guitar twang in the background, a dusty bar and beer sitting waiting to be downed before calling for another. There is a cross genre connection on Learning to Lose Control, where the usual folk starts to meet adult alternative from the 90s and pop sensibility, a bit of  piano gets thrown in, and an exasperated lyric scheme gets thrown out. “You can hold me/but you can’t hold me down,” in an imitation of an early Sugar Ray song.

This slipping into pop isn’t a slight to Epp on Learning to Lose Control. There is a radio play quality to these songs. Each song progressing through the album further cements the identity of the artist. The duet in “When You Know” adds a country soul.

The fault in Learning to Lose Control is the simplistic lyrics. They’re attempting to express a universal truth but often times come across as clichéd or shallow. Only occasionally they venture outside of the mundane – some of “Ice Below the Man” except for “After all he’s just a main/grain of sand/so take his hand”.