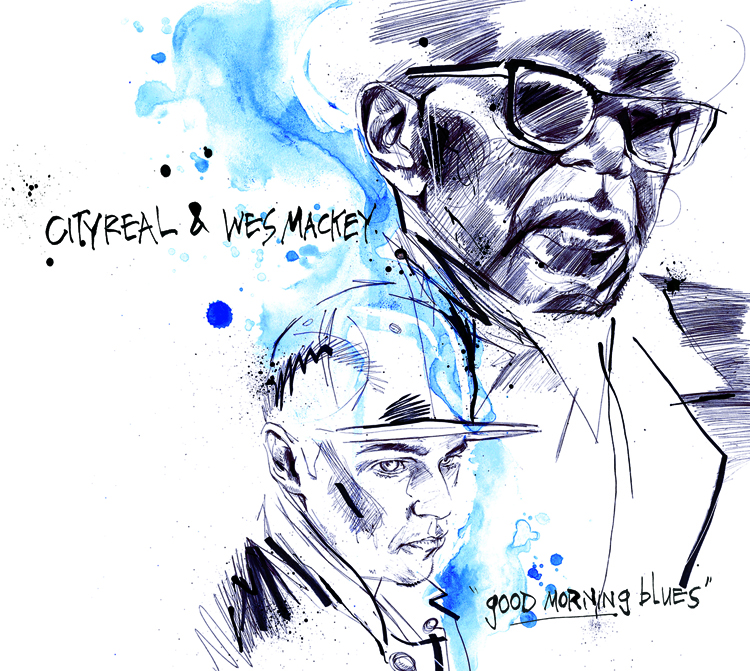 Title track ‘Good Morning Blues’ introduces a well-rounded appreciation of the classics, both hip hop and blues alike. Building on a chugging rhythmic style, Mackey’s crackling overdrive casts the hooky playing in a warm light. His timing accomplishes the heavy lifting while looking like he’s barely lifted a finger, just off and just right.

“Hell Hound” fleshes out a variant style from Mackey, drawing an obvious connection between his loping melodic style and Kenny Burrel’s. This remains the only truly deviant track, the bulk of the playing borrowing it’s inspiration from Chicago heavy hitters like Muddy Waters and Howlin’ Wolf.

Cityreal’s bruised but perseverant lyrical style rides comfortably alongside the blues, allowing up-tempo tracks like ‘It’s Time’ to pull off a notable vein of melancholy. But in the same breath, Mackey handles all the choruses on the record, limiting Cityreal’s contribution to verse lyrics; not that there’s anything implicitly wrong with that, save maybe the risk of feeling formulaic. It’s a record wrought with passion and flecked with real beauty.

Official video for “Passing Me By”