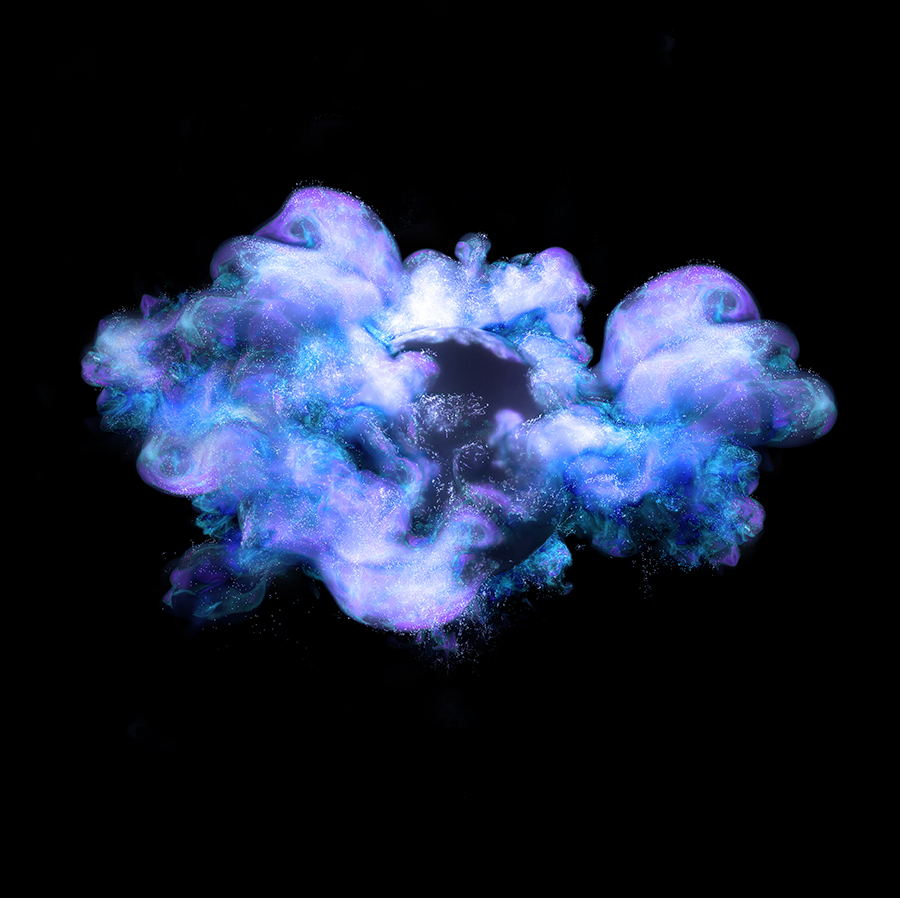 There’s a long history of western artists traipsing into eastern philosophy and music styles to create little chimeras for sale to anyone with tastes that the record industry might offensively call “exotic.” Hell, it worked for The Beatles in ’68.

But with the globalized nature of modern life, the boundaries of what might be considered appropriated or exoticized blur. It’s still important to be authentic, to have a connection to a musical tradition beyond a trite explanation like, “well I just like playing music like this right now, okay?” Why is being authentic important? Hard to say, but it is. Something about humanity’s need for truth in art. Like, the artist’s experience with style must be deep-rooted if their art is to be believed. Under this paradigm, TSVI is more than just another westerner who likes the sitar. If the bio on his label’s artist page can be relied on, he comes from a Hindu upbringing, and he has a connection to Middle Eastern music through his partner. Though, to be clear, TSVI’s newest album, Inner Worlds, is a western-style club/trance dance album – it just uses some far-and-near-east sounding loops, and the release notes make a few suggestions about Tantric ideology and Sufi knowledge and how those things are important to understand the meaning of the album as an immersive objet d’philosophie.

Whenever an artists makes vague allusions to the blending of distant cultures – Arabic, Indian, Jamaican – without a clear guiding thesis, the bullsh*t sensors of the sensitive critic start pinging. When phrases like, “musical journey” or “voyage of self-discovery” show up in the liner notes, the sensors turn positively red and start flashing. There’s nothing wrong with blending the styles of different countries and time periods (pretty much every artist, ever, does it or has done it) but when the artist draws attention to this act with the rather colonial language of “discovery,” then the focus of the album changes from being about the music and what it does to the listener to being about the creator and what he does to the music of established cultures. Saying this isn’t necessarily a critique of TSVI, but of the media strategy that advertises him.

In regards to the music,

Inner Worlds follows a blueprint: most songs feature a 4/4 time signature with a metronomic drum box for a foundation. Then looping tracks layer up in rhythm with the beat. Once that’s all set up and has played for a few repeats, a weird sound loop plays jazz-like in syncopation to the rest of the beat, then cuts out, then comes back. Sometimes two or three different noises or voices will take turns.

Again and again for thirteen tracks.

And that’s fine. Music that falls into the loosely defined ‘trance’ genre must abide to a certain repetitive aesthetic. Though, then, it seems like the only difference between this and a half-million other trance albums on Soundcloud is that Inner Worlds has a rhaita looping in every so often, and the hype-man in the background yells in Arabic.

There are good songs on the album, most of them, really. Taken alone. Together, however, they tend to drag on. There are outliers: “Safi,” featuring the vocalist Miragal, has a haunting, CHVRCHES-like quality that sets it apart from the rest of the songs. And “The Cobra’s Dance” stands outs by adding more, more, and more drum machine than any song before or since. If this were a review of one or two choice songs, it would be glowing. Unfortunately, that’s not the case.

Inner Worlds has some cool sounds and some neat songs, but doesn’t have the indefinable qualities of an album that gets listened to on repeat – though it does repeat, over and over.