Meet Cordoba: A jazz fusion sextet from Chicago. Beginning with lead singer Brianna Tong, Cam Cunningham, and Zach Upton-Davis at the University of Ilinois-Chicago, the three founding members would eventually evolve into a powerhouse of a sextet that blends hip-hop, soul, and rock. The group is also active in organizing in Chicago, with the belief that housing, education, health care, and leisure are rights for everyone. These themes often show up on their lyrics in past releases such as Break the Locks Off Everything New. On the cusp of the release of their new single, “diluvian” from their upcoming debut LP release, I got the chance to ask them some quick questions.

Sarah Thomas: Let’s talk about the intersection of art and activism. Is art inherently political?

Brianna Tong: I definitely do not think art is inherently political. You could have crappy hotel art that is just nothing behind it. I used to be a community organizer and was also in a band and the two were kept very separate, so I didn’t think a lot about how they were really connected. I see a lot of people doing cool stuff to bring the two together, like fundraising. But I think in some ways that you can imagine better worlds and put that imagination in a format that people can consume. I think there’s a lot of different ways that art can be activism and art can organize. But you have to try.

Cam Cunnigham: I think human beings are inherently political and art is an expression of our deepest thoughts and desires so it makes sense for art to be political. Our art has been more explicitly political recently. I don’t think artists have a responsibility to do that at all.

BT: There are a lot of different things we could make songs about that are resistant to the status quo.

ST: Do you all have any pre-show rituals?

BT: I love show makeup. I’m big on putting on some dumb ass makeup because it feels good. It feels good, man.

Zach Upton-Davis: It’s critical to be on exactly your second beer. And no more. You must have slightly decreased anxiety and inhibition but adequate levels of coordination.

CC: If Zach has had exactly half of a burrito, I feel like it’s going to be a good set.

Khalyle Hagood: I’ve got a favorite hoodie, but now I’ve gotta get something for the summer.

ST: Who is your current favorite artist or album and why?

Zach Bain-Selbo: About a year ago I had a job I hated and it was really hard to get through. And I think what saved my life was Carly Rae Jepsen’s Emotion album. I think I listened to it about a million times.

ZUD: I really like Unkown Orchestra’s Sex and Food is really good and the new Toro y Moi mixtape thing. But what I listen to more than anything else is this online radio station, WorldWide FM.

ST: Let’s talk a little bit about your creative processes. Do you do anything special?

CC: I find that I’m most creative at night. The best days are days that I can start writing something at 8 or 9[pm] and I can stay writing it until like, 2 am.

BT: I have a lot of little ideas and voice notes on my phone. Sometimes stuff will just come to me and that’s ideal. The gold trash bag on top of the other trash bags. (Laughs)

Cordoba’s LP is scheduled for release later this year Their single, “diluvian,” will be debuting on March 27th, 2020. You can listen to their music, here. 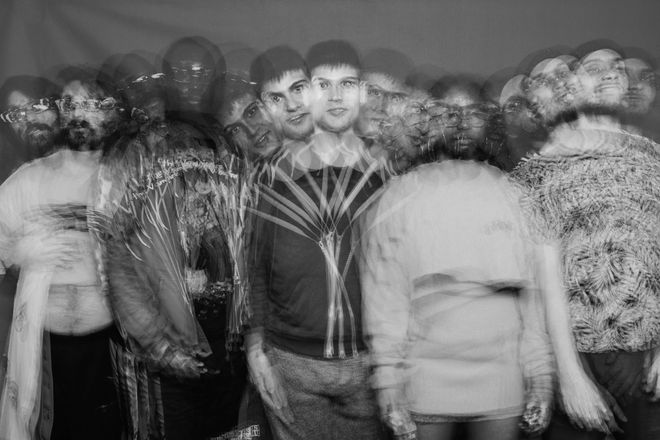