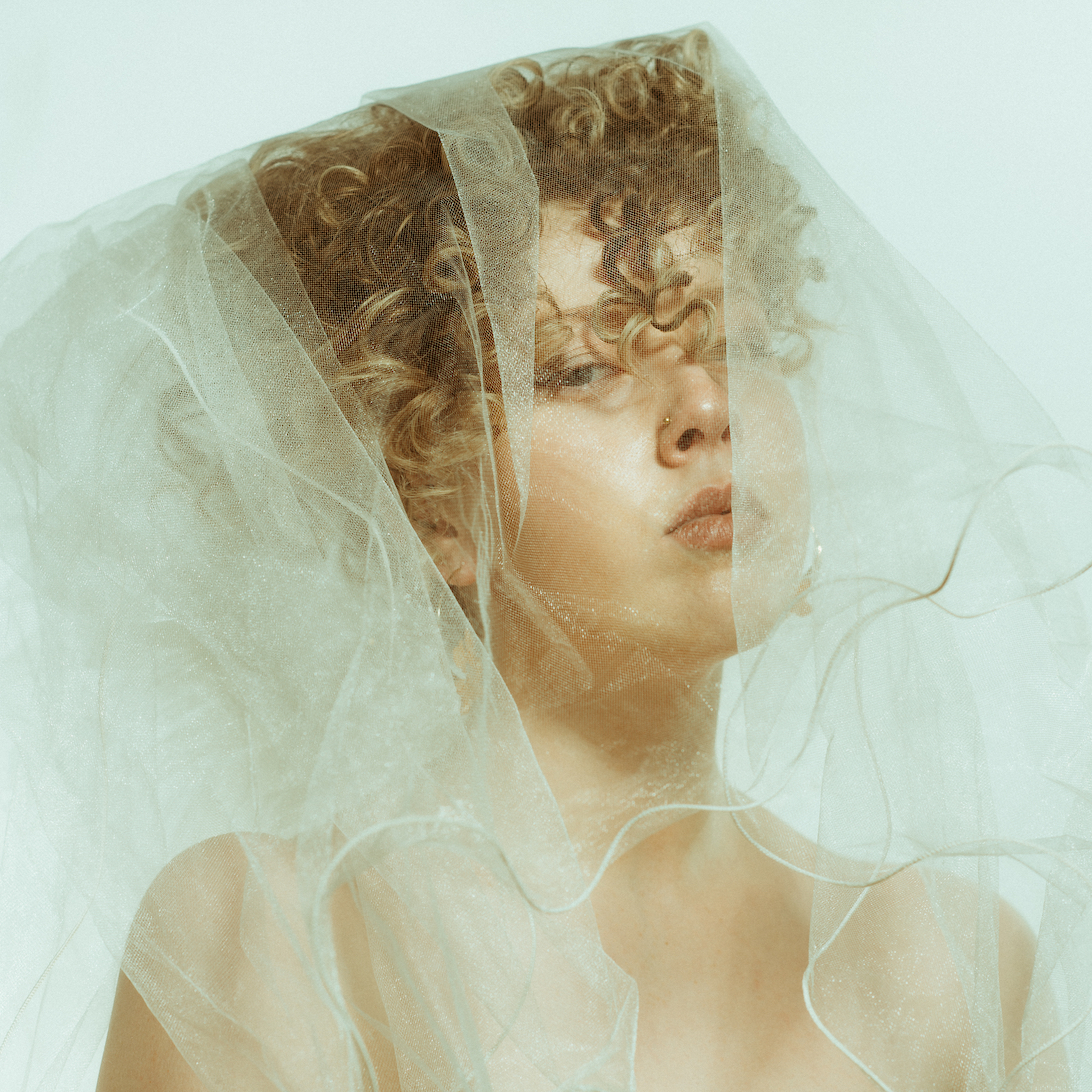 Long drives to nowhere, dirty sidewalks, and long summer nights in childhood bedrooms, while aimless, are in many ways experiences central to youth that are often overlooked and forgotten. In LOONY’s EP JOYRiDE, the Canadian R&B singer aims to relive, process, and understand her own experiences, making the excitement, confusion, and coincident boredom of being young and restless common themes in each track. Released on April 23, 2020, JOYRiDE lends itself well to these unprecedented times: as millions of us are thrust back into places we had left behind, we are also pushed to reminisce about our past selves and changing the way we saw past-selves. As she puts it, we all were and currently are just trying to “stay as sane as possible in isolation.”

Areli Freeman: You’ve shared that these songs are about processing your youth in order to learn and let go, and reflect on how aimless this can feel – Would you say that this is a view you’ve always had about yourself?

LOONY: I think it can feel most aimless while you’re in the middle of going through it all – I definitely was only able to properly process and separate myself from everything from a distance, during the creation of this project.

AF: Was it something that really struck you as you got older, or did it come from someplace else?

L: On a personal level, I had been revisiting a few things from my past at the time. So things that had been laying dormant for a while sort of reared their ugly heads and finally made themselves apparent to me. It was definitely easier to pick them apart and learn from them the second time around after I also had given myself the space to do so.

AF: I am curious about the titles of this EP and its songs – How come the i’s are lowercase?

L: Honestly, something about the little i’s make the titles look like children’s writing to me, and a lot of this stuff was coming from a younger, more nostalgic place. It was also an attempt at introspection in a lot of ways for me, and while I really love the bravado of all caps, I felt it was important to leave the “i” (or the self) vulnerable when necessary.

AF: In an interview with Apple Music, you explained that the chaos of “PRELUDE” was a bit of an accident – What do you mean by accident?

L: In this case, I had this skit all planned out, where it was a panicked stream of inner thoughts after crashing the “joyride.” I did like a million takes because that’s just what I do, and as a joke when we were going through them all, Akeel started playing them all at once. And somehow it was perfect. It was exactly what I wanted.

AF: Would you say that was a feature of the production process with this EP, or did you have pretty concrete ideas of where you wanted these tracks to go when you started recording?

L: I had a rough skeleton that I started with, for the story. But then it took a few unexpected turns, and ultimately ended up having a mind of its own.

AF: In the same interview you also said that “iN CODE” was about a desire to leave home, but romanticizing it at the same time, could expand on that: what features of the area specifically inspire those conflicting feelings?

L: I guess it’s just that hometown thing, where like when you’re actually stuck there, you want nothing more than to get out. It’s all so familiar, and you don’t want to be there anymore, and the ugly parts seem the most obvious. And then when you get a chance to leave for a bit, and you come back, it’s got a different glow to it. The familiarity that felt so strangling before just feels like a hug now, and you’re proud of it.

Here, there’s a lot of nature, because of the bluffs. So like, the air feels good and the lake is nearby, and there are lots of woodsy areas. There’s a lot of space, but not enough to feel super suburban. It’s still got enough concrete and neon lights and dirty plazas that make it feel like a city – but not like downtown. Scarborough’s got a distinct feeling to me. There’s a lot of hustle here, a lot of talent, a lot of heart. There’s a vibe. And I always knew that, but I appreciated it most when I lived elsewhere for a bit. People even told me I had an accent, and I was like, damn.

AF: What really struck me about “NO!” is that it has a lot of tension and never really feels like its released, but rather forgotten about – What was the inspiration for this track?

L: I wanted it to sort of be the embodiment of a repetitive and toxic dynamic. I also sort of wanted it to feel like a little descent into madness, too. So I’m happy you felt that way. The whole song is about being unable to say no to someone, even when you thought maybe you could. That’s just the unwritten and apparently, everlasting, dynamic. So that’s why it feels so repetitive. It’s almost like you’ll think something will change, but then it doesn’t, really. But the song, in itself, is actually the NO. And that’s satisfying for me.

AF: What were the writing and production processes for it like?

L: It usually starts one of two ways – with me reading a poem I have, or Akeel and Adam just starting to cook up something right in front of me. After that, each song has its own little life. It’s different every time. Some songs get knocked out in one night, others take much, much longer.

AF: I think it’s awesome that your grandmother is sampled on “SUMMERTiME/CiGARETTES”! Has she listened to the EP, and if so what does she think of it?

L: I think its slightly weird for her, but she’s also into it. She’s a really good writer, singer, actress – she wanted to do all these things professionally but couldn’t, because of the war, and fleeing to Canada, and starting a better life for her family here. She’s happy that I get to create. I think she’s just surprised that I want to include her, which is funny to me.

AF: What about that clip from your grandmother made you feel that it belonged in “SUMMERTiME/CiGARETTES”?

L: I just felt like it set up “GHOSTS” so well. Her story is so important, and she’s got such a beautiful way of articulating her perceptions, her life. Since a kid, I’ve found our talks really powerful and thought-provoking. She’s truly one of my best friends, and she kind of always drops these little gems on me and I wanted to immortalize one of them.

AF: What do you imagine your listeners are doing while listening to this EP? I personally can see myself listening to it on a road trip! (When it’s safe to do that again.)

L: It’s so crazy you say that, because I definitely always hear this project playing in a car, in my mind. Could be in the daylight, or at night. Could be going somewhere unknown or coming home, but it’s a journey to somewhere. 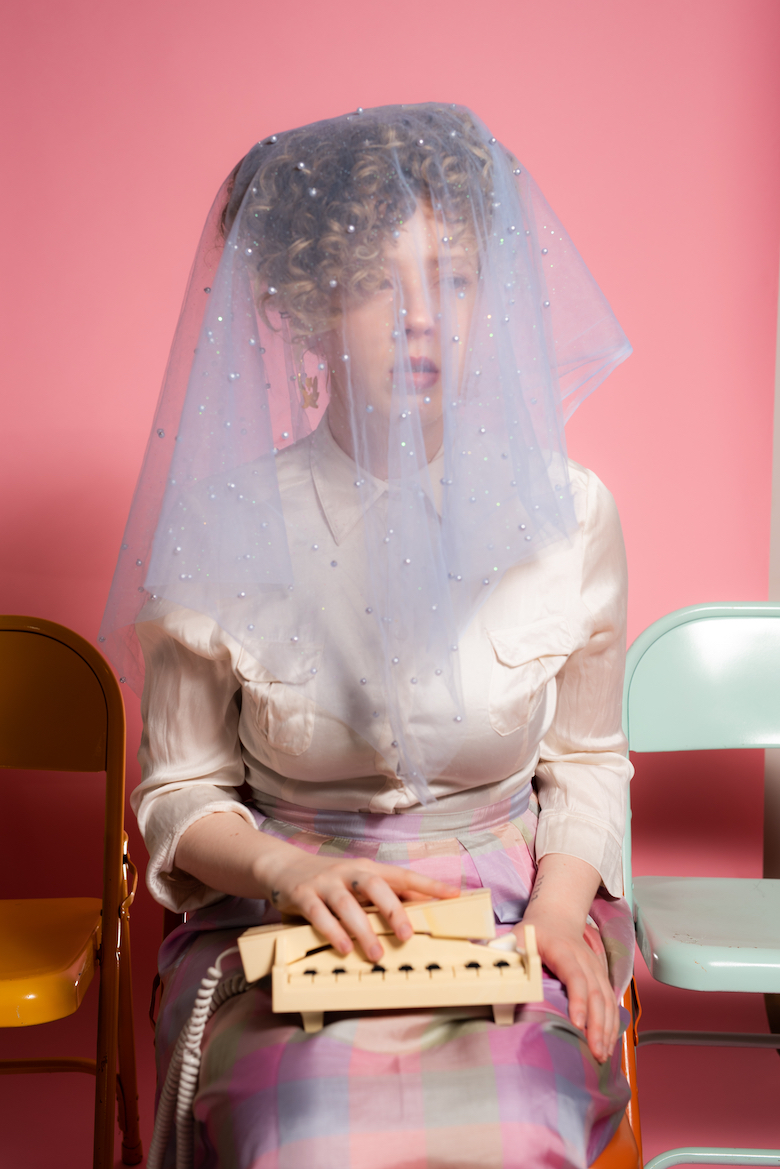