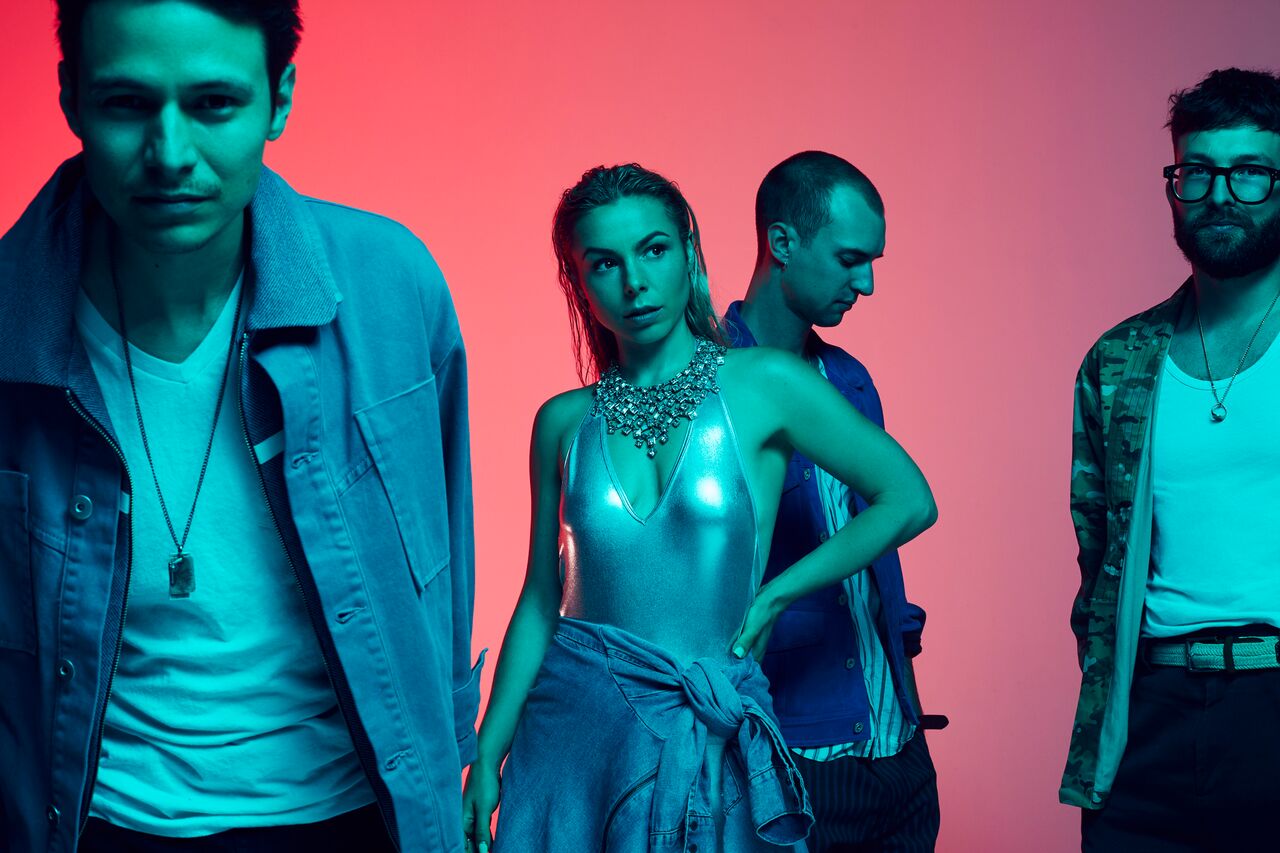 Hailing from the UK, Hælos is an ambient, trip-hop group who has been on the scene since 2014. Blending moody vocals and inky tones, the four-piece released “Kyoto” as the lead single of their upcoming album, Any Random Kindness. Slated for release on May 10th, the follow-up to the 2016 album, Full Circle, addresses issues like climate change and wayward politicians through their unique sounds. I was able to chat with Lotti Benardout about their upcoming album, and the process behind creating it.

Sarah Thomas: You’ve all just finished the American leg of your tour. What were some of your favorite moments as a band?

Lotti Benardout: It’s always an amazing experience on the road.  Being so far away from home and feeling our fans reaction to the music is incredibly humbling. North America, in particular, has always been a welcoming territory for us. Some of those long scenic drives are beyond breathtaking. On this last tour, we made our first visit to Mexico City which was pretty epic. The food, weather, and vibes don’t get much better. We’re constantly reminding ourselves how lucky we are to be able to experience the world in this way.

ST: How do you all find ways to recharge and relax?

LB: Being away from family and friends can be tough. It takes a minute to get back into the flow of home life after a long run. If we can, we’ll try and take a week or so off from any band commitments so we can fully reconnect and be present with our loved ones. The late nights, food on the run and inevitable partying also take its toll. I generally go on a major health kick soon as I’m back. Nutritious food, exercise and lots and lots of sleep!

ST: What are some of the ways you’ve all changed as a band since Full Circle?

LB: We’ve all become a lot more confident about who we are and the music we want to create. We hadn’t been a band for very long when we started writing Full Circle and only really just getting to know each other at the time. With Any Random Kindness, we had a much clearer idea about what we wanted the album to say as a whole and the themes we wanted to explore. Another big difference between albums is that Daniel has now joined the band full time. Having that fourth person in the room is a game changer. Not only is he incredibly talented, but he also brings a calming energy to our group dynamic that’s invaluable. 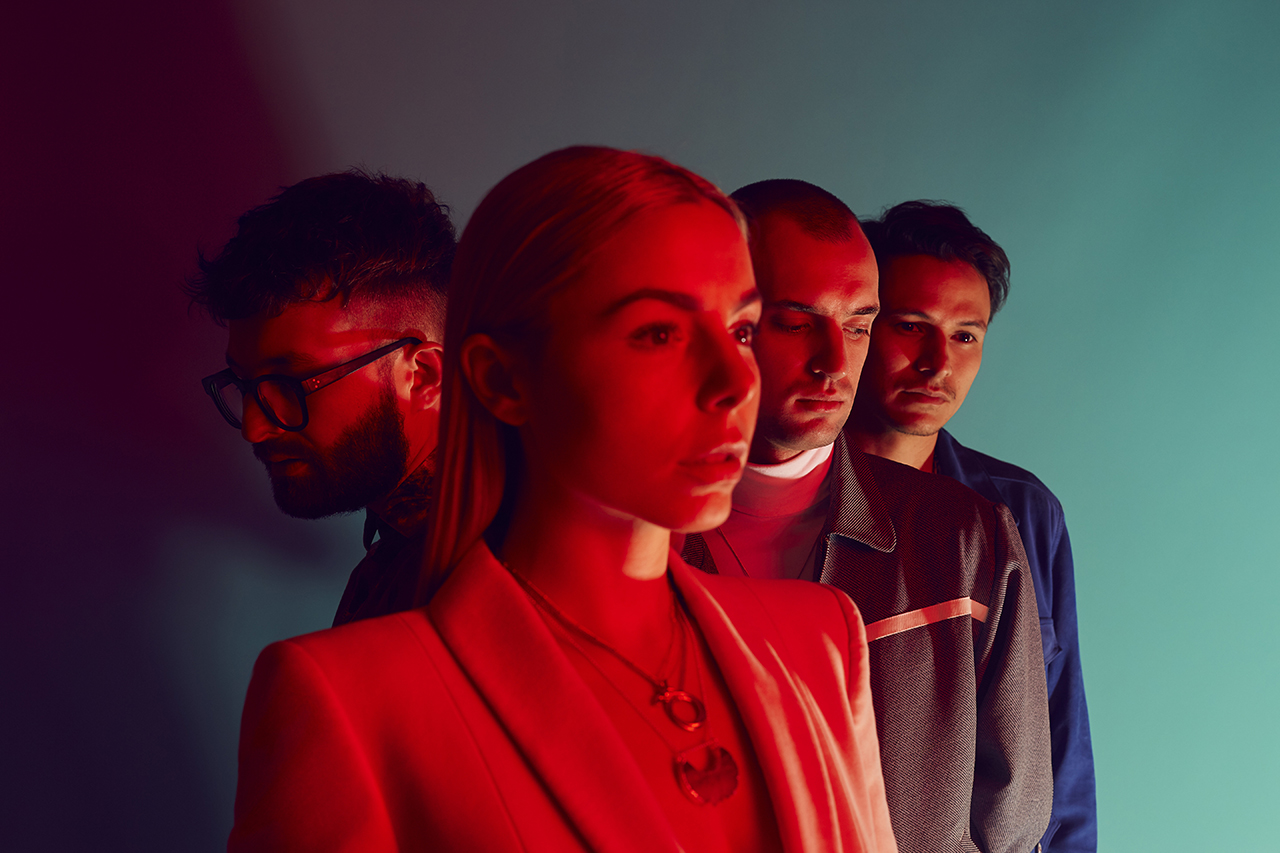 ST: With your new album, you recorded in several locations. How did that affect the creative process?

LB: Writing an album is an emotional journey. You go through spurts of creativity and quieter lulls that can be quite frustrating. For us, switching up our environment helped to keep things fresh and bring a new perspective to the music. We started writing between locations in London, where we all live. These sessions were about getting ideas on the table without too much pressure attached. We’d drop in and out and play by ear how long we’d stay each day. Nearer the end of the writing process, we decided to all move to Northampton into a space on a farm that Dom had access to. We needed to lock ourselves away and focus on finishing the record with minimal outside distractions. It was intense but exactly what we needed to get the album over the finish line.

ST: Which track was the biggest challenge to work on and why? The most fun?

LB: All our songs have their own journey. There’s a lot constructing and deconstructing in our writing process and songs will often have multiple lives before they’re finished. The challenges that arise often just lead you in a new direction so we try not to get too bogged down by the process. “Boy/Girl” was a particularly fun one to write. It was one of the first songs we finished for the record and was sonically very different for us. When the conversational vocal chorus came out I think we all knew we’d touched on something fresh and exciting.

ST: Your new album addresses a couple of things such as climate change and social media. How does electronic music work with highlighting these issues versus other genres?

I don’t think electronic music, in particular, is any more potent than other genres in highlighting these issues. All art has the ability to spark emotion and provoke thought. We found an interesting dichotomy in the mix of electronic production and organic instrumentation which echoed the themes we were exploring lyrically; humans vs technology/nature vs industry. For us, combining the two felt powerful.

ST: The video for “Kyoto” has a cool vibe and that reveal is amazing. Can you talk about the process of creating this video and the inspiration behind it?

We were introduced to Oliver Prout who directed the video and came to us with the idea of the mermaid sushi. It immediately struck a chord in how potent the metaphor was in portraying the themes on the record. On an environmental level, the idea that we are consciously consuming and destroying our planet.  It was also an interesting comment on how we consume each other and celebrity culture via new technologies and social media. The process of creating the video was quite an experience. The restaurant was built as a set from scratch in incredible detail & the mermaid tail was a piece of art within itself.

ST: Lastly,  what are you all most looking forward to after your new album releases?

LB: Touring! We’ve had a taste of it this year and it’s been amazing to feel the reaction to the new music. Once the album is out and people know all the new songs it’s just going to step up another level.