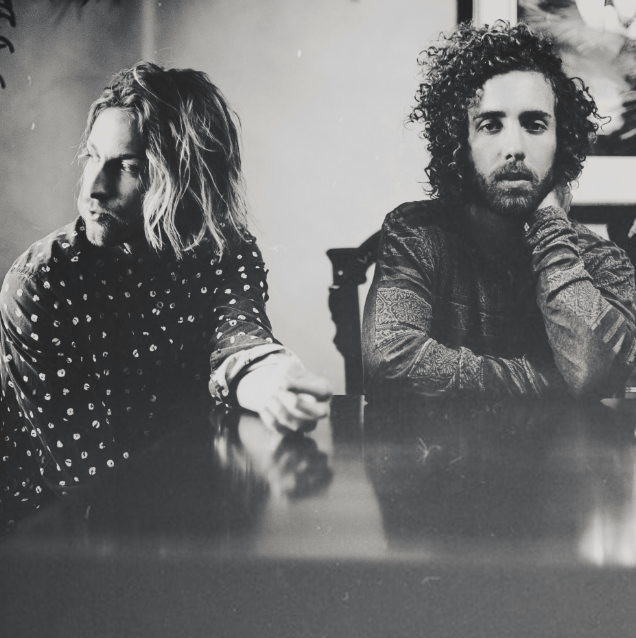 Alternative Rock. The genre alone summons to the mind some of the greatest music of the modern era, from the most experimental musical artists, to the defining cultural sounds of our generation. The feelings it induces are emotional and confusing, invoking nostalgia of your entire life, from the angst of the teenage years, beauty of your youth, and uncertainty of the future. But with the current state of music, it is hard to experiment and be unpredictable in alternative rock, as that is the norm, so when a new band comes around and attempts to experiment within this genre, it often falls flat. However, when it is successful, it is beautiful.

The wandering duo of Chris Hess and Adam Winn, collectively known as SWIMM, has released a six-track EP by the name of Feel, which attempts to accomplish what the title states: evocation of feeling from the listener by connecting with him through their billowing energy. They have attempted this through an approach of experimenting within the realm of alternative rock, by deconstructing their foundational canon of influences, and by proceeding to construct their own sound in the midst of it all.

The success of this EP lies in SWIMM’s ability to stay afloat among the music, because while you can hear all of their influences — from Sonic Youth to Girls to Neil Young, The Black Keys and Suede — you can also hear SWIMM, and the sound that they have carved out in the midst of it all.

There is a moment halfway through the EP, at 2:40 into the standout third track Souvenir, when their evolution out of their influences can be pinpointed, when the harmonic- and acoustic-driven song dissolves into a harmonious haze of a creamy magenta sunset on a crisp evening.

Other tracks present their eclectic range of talents, from the blues-riff-driven “Tisk Tisk,” to the psychedelic lo-fi rock-infused-with-pop “Too Old” and “Feels,” to the rapid-paced crescendos of the opening track “Wanderer” — this is a record that keeps the listener grooving along from start to finish, advancing alternative rock in the bands own swirling and wavy, vibrational way.

Feel is a blusterous debut, showcasing an eclectic range of talents just in time for the spring and summer seasons. It conjures up the vision of watching the sweat bead roll down the goosebumps of a lover’s thigh on a hot and hazy summer afternoon.