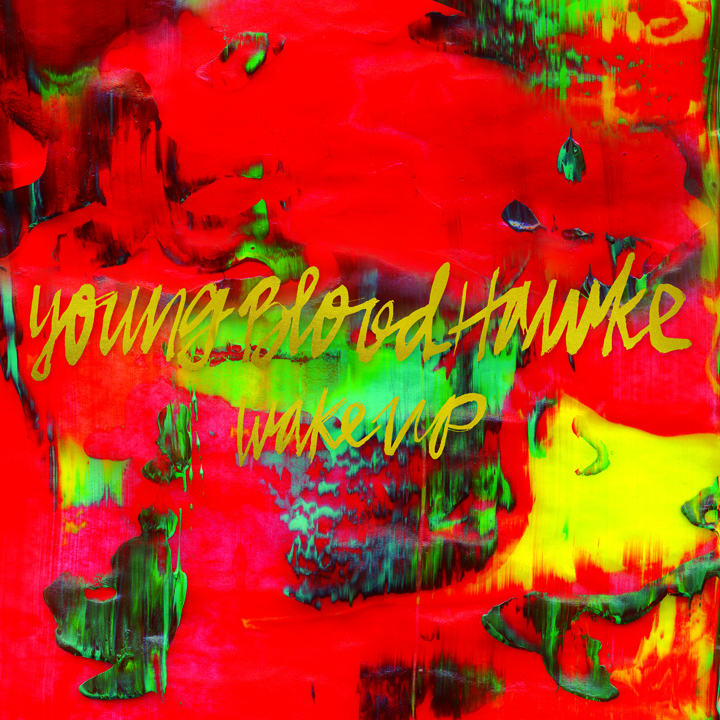 By now, you’ve probably already heard “We Come Running“, the debut single from Youngblood Hawke‘s new album, Wake Up. It was released on their EP, it has been remixed any number of times, and it has already appeared on the Billboard charts for Alternative Rock.   It’s an anthemic pop-rock song that feels both supremely relevant and nostalgic, all at once. What the world has been waiting for is their full length album; to see if the magic of that single can be embodied in the rest of their work—and it is. This magic is pulled through the entire album, where genres blend together to create a fresh sound that is at once both new and old.

Youngblood Hawke uses many elements to create their music, from dance club synthesizers to hip hop, from a chorus of vocals to a singular voice. The songs on the album range from the fun and light “Dannyboy” to the complex and poignant “Stars (Hold On)”, and they move from one emotion to the next seamlessly.

The album feels complete—all the songs seem to fit with one another, even though they are quite different. Their sound mixes 1 part Foster the People with a dash of the Lumineers, while adding something wholly original. They manage to embody the epic grandness that beats and computers can generate, while utilizing the collective chorus of individual voices. “Say Say” is a perfect embodiment of this, managing to convey a sincerity with the large feeling of an arena song.

All in all, Wake Up is a great first full length album for Youngblood Hawke. Currently touring with Keane, Youngblood Hawke will undoubtedly find their audience willing and waiting for them to explode onto the scene. It’s only a matter of time before the rest of the world knows how amazing they really are.