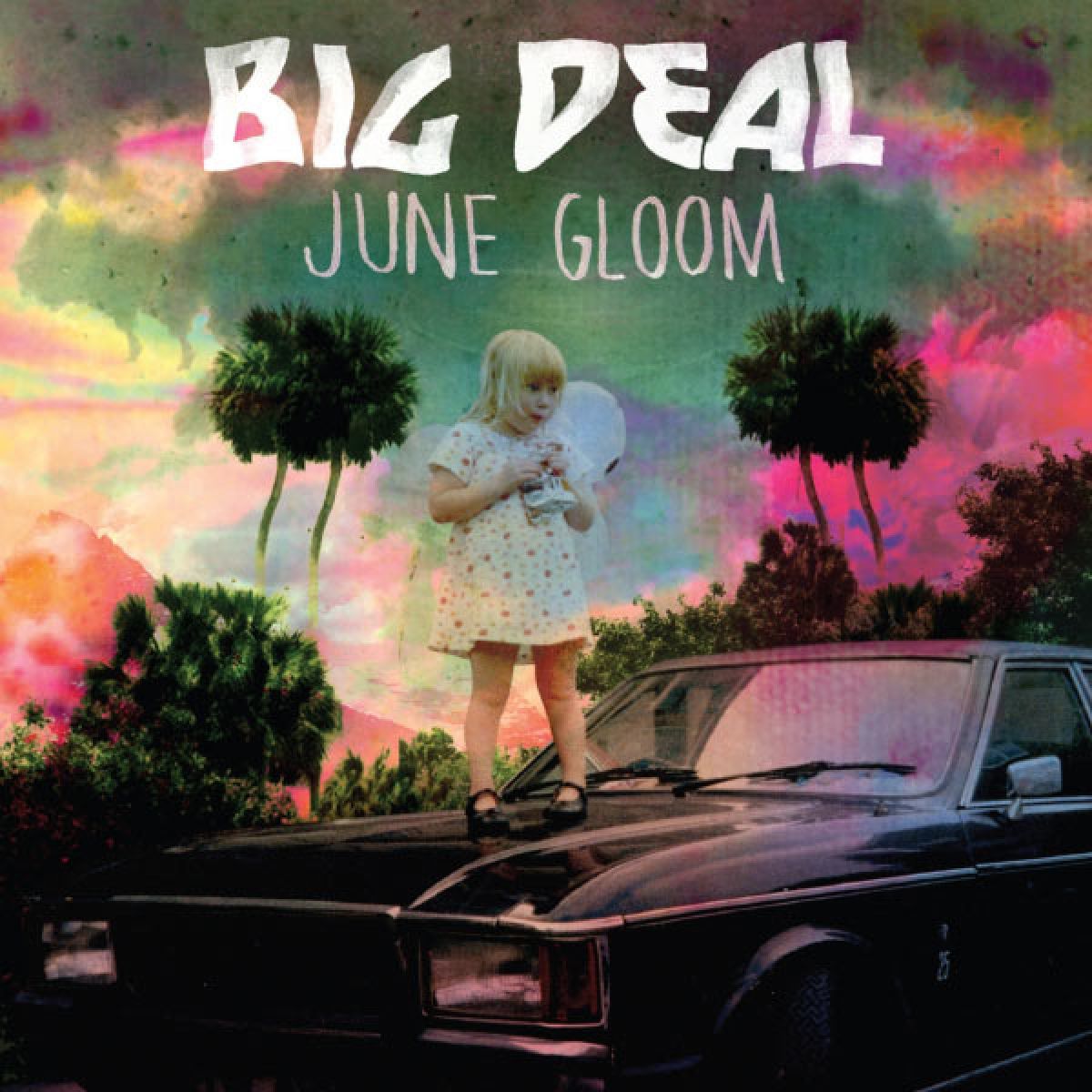 London based boy/girl duo Big Deal have slated a summer release date for their second full length LP June Gloom. Their sophomore effort captures more of the dreamy pop sensibility and simple arrangement listeners might expect after their first album, 2011’s Lights Out. But album opener “Golden Light” heralds a welcome evolution in the group’s production, as a full band thunders onto the track around a minute in, for a cacophonous garage rock sound that extends throughout the album’s twelve poppy, wistful, and sometimes solemn songs.

Drawing on an already tested model, members Kacey Underwood and Alice Costelloe continue to share the vocal duties, breaking ranks only once on the closing track, “Close Your Eyes,” for a duet feel that’s as striking as the song’s powerful explosion from a single reverbed out guitar with vocals to a distortion driven indie-pop rocker.

Mid-tempo tracks like “Dream Machines” evoke an 80’s rock aesthetic, while standouts like “Teradactol” employ the full band for a brutal backdrop against which to measure Underwood and Costelloe’s strained and emotional vocals.

What’s particularly interesting about the production is that they appear to be using the same mix that they might have without the full band, and achieving a wall-of-sound effect a la Phil Spector production in the 1960s as a result. A result which totally works, and lends a strong hand to the emotional resonance with the vocals. June Gloom is certainly new territory for Big Deal, and it’s a step in the right direction.