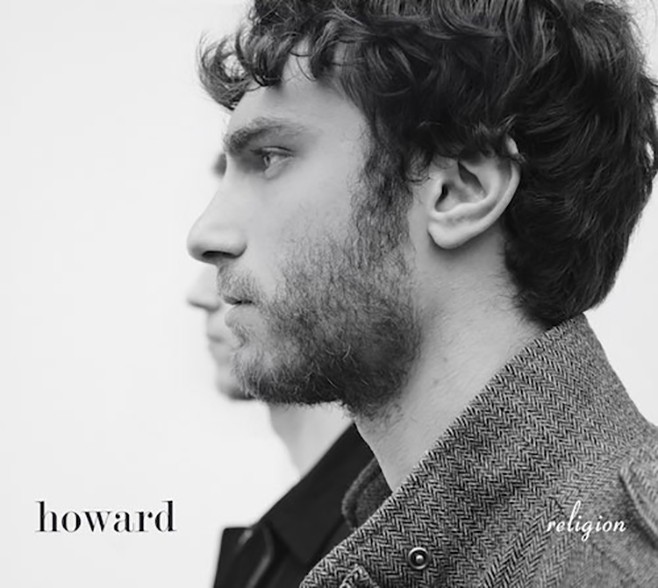 Howard is good and I’ll tell you why. This Brooklyn-based trio recently put out their debut album, Religion, and I had the great pleasure of listening to it over and over again. Lead by singer, guitarist and producer, Howard Feibusch, Howard can be more commonly referred to as Folktronica, but I’d like to think there’s a lot more at hand.

Though there is a definite association with folk and electronic music, Howard effortlessly leads you into a soundtrack state of mind. Your mind can’t help but to be taken to a very mood specific place. Almost every song on Religion has a profound texture that really sets the mood and scene. The effort is comprehensive and feels well rounded when it’s paired with guitar and vocals. There is definitely a wide-eyed music fanaticism on Religion. It’s worldly, it’s rock n’ roll at times, and it’s jazzy at times. It is so dynamic on top of its obvious “Folktronica” classification that you really can’t give up early on the album. There’s a lot to experience and a lot of surprising changes that keep you guessing.

The overall sensation on Religion is definitely a bit gloomy, serious sounding and even at times haunting, but what really pulls you out of that mood and vibe is Howard’s single, “Money Can’t Buy.” Garnering a lot of recent and much deserved attention from the likes of Indie Shuffle and Consequence of Sound, the track is pure gold catchiness. “Money Can’t Buy” makes its way in towards the end of the album and I am a huge sucker for that. Howard Feibusch’s muttered vocal delivery sits pretty above the mood lifting, cloud clearing track. There is no doubt this is a feel good song. I also love the simplicity and relatable lyrical content of “Money Can’t Buy.” Howard Feibusch mentions inspiration from Buddhist literature as a key influence for the lyrical theme. Like most of the other songs on the album, “Money Can’t Buy” doesn’t overstay its welcome. It’s quick and gets right to the point. You’re almost let down when you realize the song is over.

My second favorite song off the album is, “Spelled Out.” This one highlights Howard’s more folky sensibilities. This one showcases excellent, finger picking, guitar work and the overall track brings Beck’s more sensitive side to mind. Think Beck’s album “Sea Change.” It’s a feel good track that introduces a much-needed softer and sweeter side to the album. Also, I think Howard Feibusch’s voice sounds the strongest on this track.

Religion is a thinking album. Give it your full attention. It is an in depth album that experiments with many different sounds and shows you its wide array of influences. It’s alright to talk about Religion at the dinner table. Do yourself a favor and put on “Money Can’t Buy,” and your dinner guests will be crazy not to like it. That is all. Give Howard a listen here…