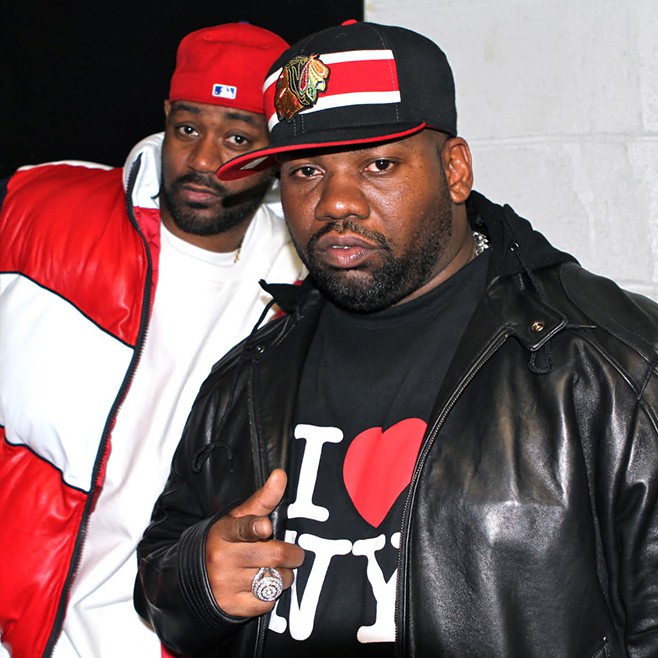 After sitting through two opening acts and an hour plus DJ set with an oft-disengaged (but occasionally lively) crowd at the Metro Chicago, Wu-Tang members Ghostface Killah and Raekwon took the stage a little after midnight.

Despite being marred with sound issues and utilizing the “house DJ” due to their DJ not being present, the duo, who are arguably two of the best MCs to ever touch the mic, took the crowd full of diehards through snippets of the Wu’s greatest hits, as well as tracks from Raekwon’s Only Built 4 Cuban Linx album. It was a 45-minute sampler of the icons that Ghostface and Raekwon have become. Having been in the industry for over two decades, the Wu-Tang Clan, both as a collective whole and as individuals, have gone from Staten Island MCs to its own iconic sub-genre of hip-hop culture.

At the climax of the crowd’s restlessness, The Chef and Tony Starks made their way to the stage professing their appreciation for Chicago, a city they say they’ve have grown extremely fond of during their career. Thanking Chicagoans for their endless support, the duo spent their set paying homage to the group that started it all: the Wu-Tang Clan. Fans rapped along to the likes of “C.R.E.A.M”, “Incarcerated Scarfaces”, “Can It All Be So Simple”, and “Ice Cream”, to name a few.

Chaos ensued when the two decided to invite fans from the audience to share the stage with them and perform ODB and Method Man’s verses on “Protect Ya Neck”. Despite the mayhem, the two fans handpicked by Ghostface and Raekwon flawlessly executed both verses. Closing out the show, seemingly abrupt, was “Triumph” – the standout track from Wu-Tang Forever.

When all was said and done, show attendees seemed to have performed more than the artists they paid to see. Blame it on the technical difficulties, or perhaps it was something else, but for the first time, Ghostface and Raekwon’s show left much to be desired.