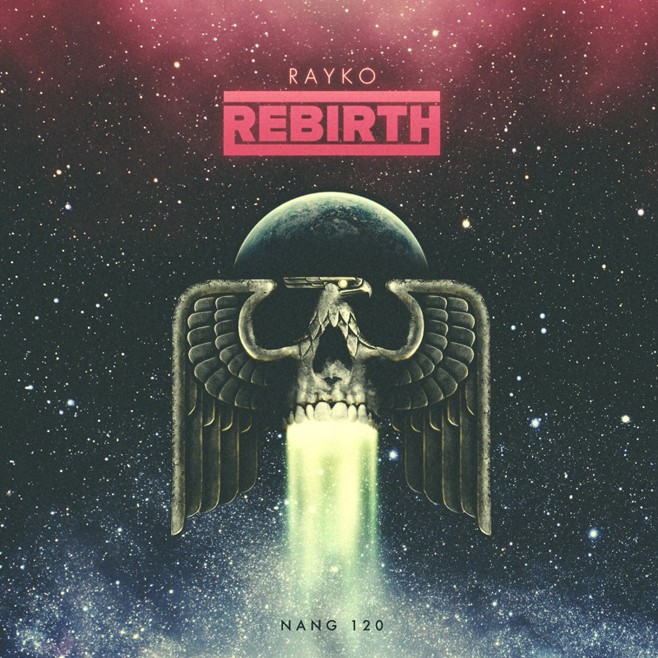 Spanish producer Rayko (as opposed to Los Angeles singer Rayko, unrelated) bills himself as a bit of a throwback to the disco of the 1970s and ‘80s, and that’s not incorrect. Some of the music on Rebirth, his new release on disco label Nang Records, recalls the halcyon days of Studio 54 with slinky, dance floor-ready rhythms. But with Rayko there’s both more and less going on than a simple return to the Giorgio Moroder roots of electronic dance music.

At first blush the album feels not just retro, but vintage; the instrumentation, song length, even the sleeve recall the beats and strings of the Saturday Night Fever era. However, there’s also a distinct acid house influence that confuses the ear. After a struggle to place the sound – a synthesis of classic disco and house beats – two mid-‘90s sources came to mind: UK producer and Waveform act Real Life and the soundtrack to the PlayStation 1 game Alien Trilogy. Portions of Rayko’s Rebirth sound enough like Real Life’s 9+ minute breakout track “Shark Infested” that I had to check that he and George Pappas weren’t the same person. The ambient synths and thudding drums of the Alien Trilogy game also recall Rayko in their hypnotic repetition. These aren’t insults so much as observations aimed at better placing Rayko in the broader musical milieu: he’s not so much a ‘70s throwback as he is a mid-‘90s throwback. Which is fine.

The difficult thing to reconcile about Rebirth is how little is going on beyond a referential soundscape. As dance music has progressed, listeners have become accustomed to beatmakers integrating more sounds, more variety, into their work. From the Dust Brothers to Flying Lotus’s Brainfeeder crew, the trend has been to create more varied and rich sonic landscapes. Listen to TOKiMONSTA, Teebs, or Lotus himself and the trend of shorter tracks with more going on becomes apparent. Rayko creates solid grooves that, once established, more or less chug along as they are. There’s little to invite repeated listens.

A smaller palette can be liberating for a producer. For her 2013 album Crisis, Natasha Kmeto limited herself to a small handful of synth sounds and used organic percussion – fingersnaps, handclaps – to punctuate her rhythms. The decision to restrict herself to fewer options resulted in a suite of songs that work as an album as well as individual dance tracks, and the sound is distinctly her own. On Rebirth, Rayko doesn’t create a sound uniquely his, so much as add another chapter to the world of mid-‘90s house. If that era was meaningful to you, this record will blow your mind. Otherwise, it’s a well executed and pleasant enough combination of retro styles.