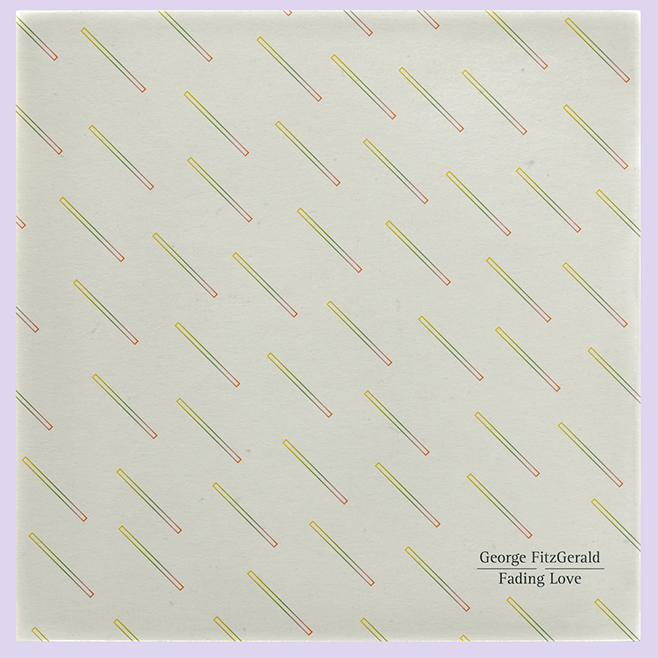 George Fitzgerald is often lumped in with the deep house lot. Whether or not deep house is the appropriate description for the type of music Fitzgerald has been known to release is not as relevant as what it does tell us about the Berlin-based and British-born DJ, producer, and labelhead owner of ManMakeMusic.

As someone whose reputation for dubstep and house singles is respectable, Fitzgerald is the man behind steamy, taunting tracks like “Thinking of You” to the sensual after-hours feel of his Child EP that is equal-parts yuppie lounge and illegal venue. Fitzgerald fits comfortably with S-Ampel to Dusky so Fading Love, his debut LP, out April 28th on Double Six is a discreet step towards something else.

The lead single, “Full Circle,” features vocals by Boxed In frontman Oli Bayston, and it is tender with gloom in its songwriting movement. As a track about the “unfulfilled promise of stagnant relationships,” “Full Circle” is a break-up song in a record sourced from Fitzgerald’s personal life. The unchallenged mood of club beats is broken up into motifs that knit Fading Love together, and it also points to the new direction Fitzgerald takes in songwriter territory.

The album rarely lies heavy on the heart with its club motifs dispersing like a gentle mist over the song instead of catching on like a batch of tinder. There is stagnancy to this record, and the overall impression is that it does not accumulate so much as it vanishes like a pent-up sigh. “Beginning at the End” and “Shards” are expansive works that head down a certain path and arrive at their individual destinations without fanfare or much ruckus.

Clean but warm and rich, Fitzgerald creates a chain of harmonic memory that echoes the song that went before it, noticeable from the last half of “About Time” to “Full Circle.” Softly illuminating meaning and connection, Fading Love is like when the shining sun is out when the sky is raining. A nuanced palette of conflicting moods that is represented in the arresting combination of its upbeat sluggishness and its use of emotional tricks that keep Fading Love at bay. Detached in its abstract qualities, Fading Love ends on a strong note with the one-minute charmer “Frank Is Sleeping” to “The Waiting.” Radiant with the sobering truth that “I’ve been waiting too long for you,” Fitzgerald finesses a subtle pop song in “The Waiting.”

With Fading Love, Fitzgerald can be counted among Jon Hopkins, Caribou and the like.