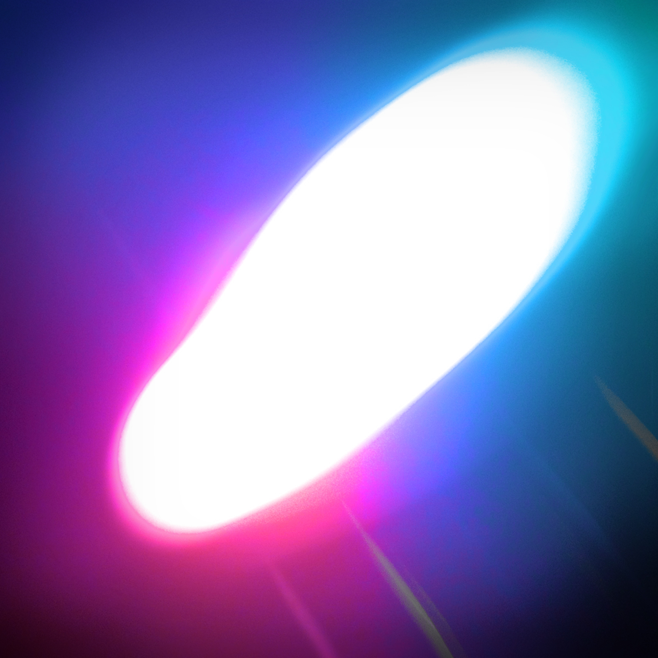 Not long after leaving Ohio for the golden shores of California, Gabe Fulvimar released the second Gap Dream album, Shine Your Light. A little jazz, a little electronic, trippy, and rocking, Shine Your Light runs its fingers back and fourth across the emotional piano for an interesting listening experience.

Heavy with synthesizer whine and echo-voice effect throughout the forty-minute album, the listener feels like they’re in a genre-bending reality warp, a place where a west coast rap DJ could make songs with a far-out day tripper. In an interview with CMJ, Fulvimar admitted that being near Compton played a roll in developing the sound of Shine Your Light, which can be heard in the fast drum snaps and funky rhythms in the background of most songs. The vocals, on the other hand, are flat in the way somebody would sound when talking back to an authority figure. Bratty but not annoying, and trailing off in a groovy sort of way. Makes a listener think: this guy’s cool – whether you’re listening to what he’s saying or not.

Lyrically, the themes are the basic stuff: love, ambition, trying to get chicks, and things being lame when they don’t work out. They speak to the human condition and unspoken feelings: “I’m try’n to find a chill spot just to organize my mind…” Aren’t we all?

The first two songs of the album, “Shine Your Light” and “Chill Spot” are also the top singles released by Burger Records, however they give a false impression of what the album is about. Though fast throughout, there is a noticeable shift to bummer mode after the first two uplifting song. The melodies curve low and the lyrics get darker. He discusses unrequited love, heartbreak, and loneliness backdropped by beats that bring a person down.

The composition of the record is clean and professional, which can partly be attributed to the producer, Bobby Harlow, vocalist of The Go (Jack White’s last band before forming the White Stripes). But the one problem is that since they used the same vocal effects, the same synthesizer tunes, and the same drum machine on every song, they all sound a little too similar. To a casual listener with the album on in the background it can get monotonous. This is especially noticeable on the last four songs, which all kind of blend together.

There is a bi-polarity that runs through the album as a whole as well as the individual songs. “There’s Blood on the Stone” for instance starts off fast and funky but turns monotone and bleak before jumping to a rousing chorus. “Immediate Life Sentence” does a similar job, talking about meeting up with a vapid girl and deciding he’s better off staying home and getting high. This contrasts with the rest of the “I’m so alone” vibe of the album but shows Fulvimar has a sense of humor about what he’s doing. He’s aware of the melodramatics in Indie music and though he’s a part of that scene he needs the listener to know there’s more to him than that.

For the first six songs at least, Shine Your Light is a solid and complex piece of art, even if the later tracks drag on a little. Overall it’s a promising example of Fulvimar’s musical depth and will probably lead to more far-out music in the future.