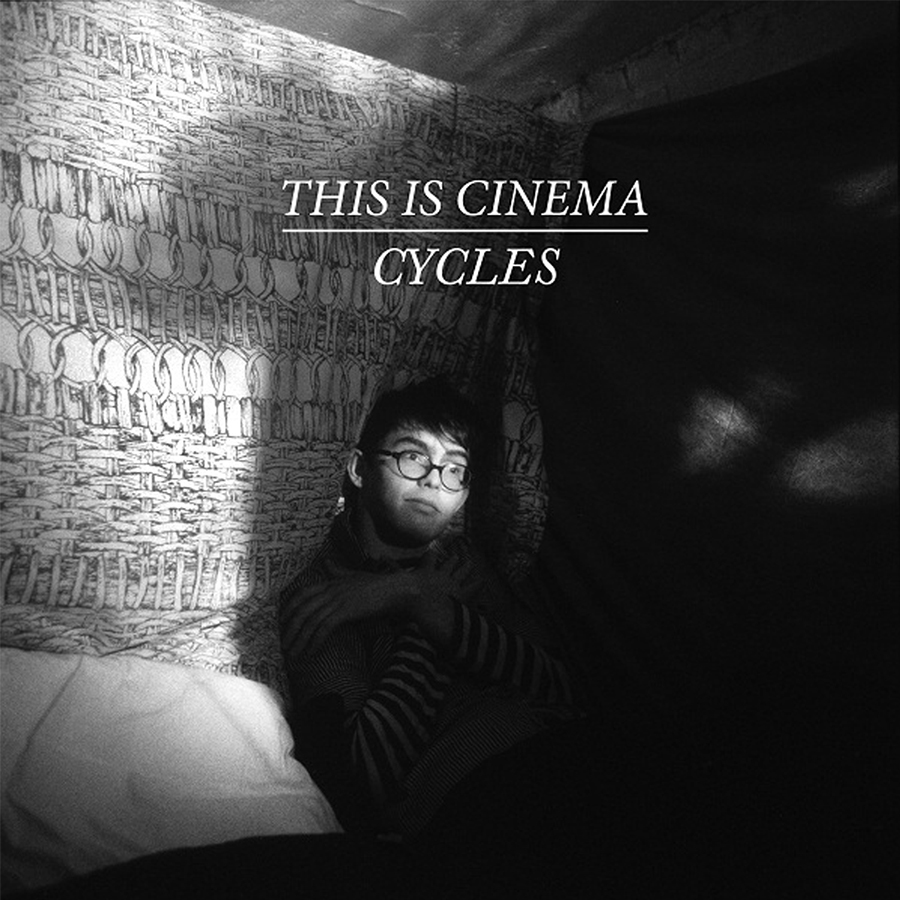 Cycles, the premier release from Chicago-based duo, This is Cinema, suggests a high-concept collection of tunes, and mostly delivers. The unifying element throughout the 6-song EP is the juxtaposition of digital and analog, the former manipulating the latter. These treatments lead to dense layers of rhythmic patterns, almost a-rhythmic in orchestration, and serve as a backdrop for lead singer Ben Babbitt’s spectral, moaning vocals.

The EP’s namesake track, “Cycles,” features a bass-heavy rhythm section dropping in and out around layered vocals, and punctuated by digitally rendered piano notes, twinkling above the din. The song devolves into a drifting cloud of wind instruments and a clatter of background noise, before toppling back into the steadily pulsing grind of piano, bass, and drums.

The influence of shoegaze, and, perhaps specifically, earlier work from The Verve, saturates the entire album. The use of dissonance and feedback on the album’s second track ‘Cling’ brings to mind another British shoegaze influence, The Boo Radleys.

Distinguishing the EP from a mere amalgam of influences, though, are Babbitt’s expressive vocal performances. Each translates a tender starting point into a well-wrought melodic performance, with harmonic work owing an obvious debt to Smile-era Brian Wilson.

Cycles is a brooding, almost pleading EP (see closing track ‘Every Reason’ for details), and a welcome addition to the musical dialogue, these days so often dominated by electro-centric compositions, and falling short of the raw humanity on display here.