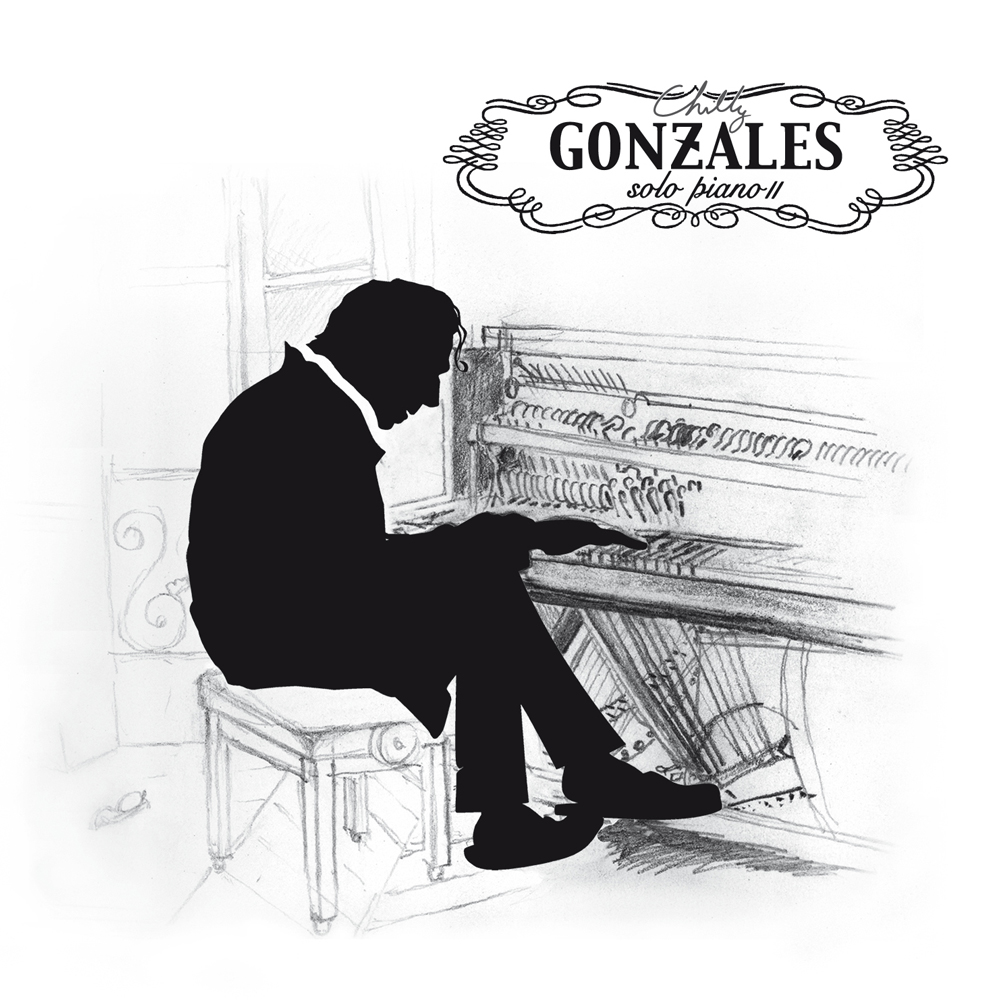 ‘Kenaston,’ lays straight forward blues underneath a jaunty nostalgic melody, and one imagines walking the streets someplace comforting and familiar, that you haven’t seen in a while. These songs exude a familiarity that’s endearing and almost eerie at times.

‘Tarantelle,’ for instance, lumbers along into something brooding and creepy, a rhythm almost teetering over itself, only to slink back into space. There’s an imperious bass line hammering below a skittering arachnid melody.

Or, ‘Rideaux Lunaires,’ which draws on R&B and pop sensibilities, re-appropriating their rhythmic elements to a jazzy and revelrous melody, like smiling through a martini into the glint of a marquee, shimmering across a granite bar.

It’s Gonzales’ ability to do this, take a pop sensibility, and apply it to a minimalist solo piano composition, that sets this record apart; he’s crafted a masterful blend of jazz, blues, baroque-pop, expressionism, and minimalism. If the devil’s in the details, Gonzales must be a very wicked man, to exercise such control.